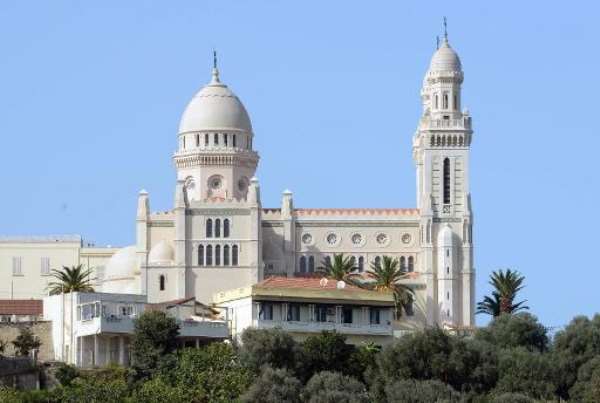 Algiers (AFP) - Hundreds of Christians in Muslim Algeria attended a ceremony Friday at the newly restored Basilica of St Augustine in Annaba, the city of Hippo in ancient times, APS news agency reported.

Pope Francis was represented at the celebration by special envoy Cardinal Jean-Louis Tauran, chairman of the pontifical council for inter-religious dialogue.

The papal nuncio in Algiers, Thomas Yeh Sheng Nan, bishops and representatives of the Algerian foreign and religious affairs ministries were also present.

Pilgrims came from far and wide to walk 700 metres (yards) up from the foot of the hill on which the basilica is perched to celebrate mass there.

Abderrezak Sebgag, representing the religious affairs minister, said the ceremony was "a testament to the good relations between the Algerian authorities and the Vatican and, by extension, between Muslims and Christians".

Islam is the state religion in Algeria, where the population is 99 percent Sunni Muslim.

Restoration of the basilica, which reopened in October, cost $7 million (five million euros) and took two and a half years.

Originally completed in 1909 under French colonial rule, it is dedicated to Augustine (354-450) who was bishop of Hippo Regius or Hippone, the ancient city where Annaba now stands.

Augustine, viewed as one of the most important church fathers in the West, helped to formulate the doctrine of original sin and made seminal contributions to the development of just war theory.

Among his key writings are "City of God" and "Confessions," which continue to be read widely today.

Before its restoration, the basilica was visited by some 18,000 tourists and nearly 1,000 Christian pilgrims every year.

Algeria has many churches, some of which are still active, while others have been converted into schools and mosques.

The number of Roman Catholics in Algeria is estimated to be around 15,000, mostly foreigners.