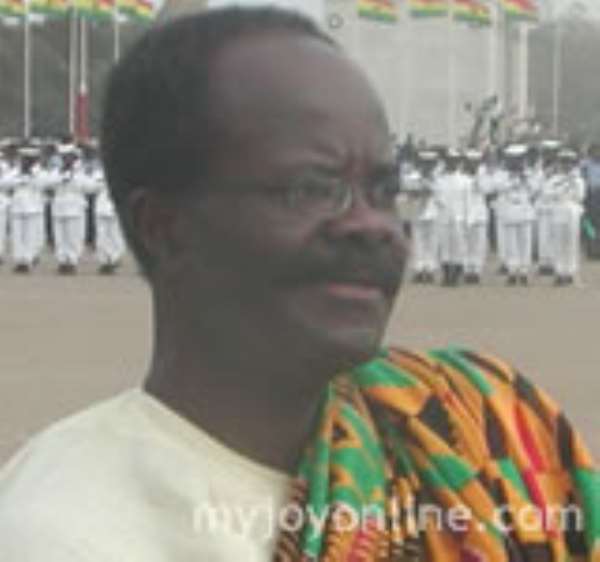 
The Presidential candidate of the Convention People's Party (CPP), Dr Paa Kwesi Nduom has thrown a challenge to the National Democratic Congress (NDC) Presidential candidate, Prof John Evans Atta Mills to tell Ghanaians and the Central Region in particular about his achievements after serving the nation as vice President.

Addressing CPP polling station chairmen in Cape Coast Monday, Dr Nduom dared Mills to tell Ghanaians the kind of change be was able to bring to the nation when be became vice President from 1996 to 2000.

He indicated that Prof Mills had failed the people of the Central Region as he was not able to bring any change to the region when he was the vice President.

“Ask Professor Mills what he did for the Central Region and Ghana when he was a vice President,” Dr Nduom asked the people to inquire from Prof. Mills.

The CPP Presidential candidate also appealed to Ghanaians to ask Dr. Mahama about his achievements as a medical doctor. "Has Mahama been able to put up a single clinic in Central Region to deserve your votes?" He asked the people.

Dr. Nduom claimed that among the four Presidential candidates, he was the one who possessed the magic wand to meet the needs of Ghanaians, taking into consideration his achievements as a former Minister of Economic Planning, Energy and Public Sector Reform under the New Patriotic Party (NPP).

Nduom mentioned some of his achievements as being the brain behind the National Identification System, the endorsement of the formation of Premix Fuel Committee and the retention of Osagyefo Power Barge at Effasu in the Western Region when some NPP government officials tried to relocate the power generating plant to Tema.

Dr. Nduom beat his chest and said amongst the Presidential hopefuls, he was the only person who has been able to create jobs for 500 people. He mentioned Coconut Groove Hotels dotted across the country, a radio station and National Savings and Loan Scheme in Elmina, Accra, Tema and other towns.

Dr. Nduom contended that he represented the hope and aspiration of Ghana because as an economist he would use his expertise to revive the collapsed industries established by Dr Kwame Nkrumah so as to create employment opportunities for the teaming youth in the country that were yearning for jobs.

Nduom said he would not disappoint Ghanaians like the NPP which made vain promises to them.

Dr. Nduom noted that CPP was strong and that those who tried to suppress the party after the overthrow of Dr Nkrumah would live to see the party ruling Ghana again in 2009.

He said CPP was not voted out of power by Ghanaians but it was toppled by a coup in 1966 and after that event pictures of Nkrumah as well as emblems of the party were totally banned from politics in Ghana which rubbed the party from the memories of Ghanaians.

The Cape Coast Constituency Chairman of the party, Mr. Harry Mensah questioned the significance of the NPP's new poverty alleviation policy known as the Livelihood Empowerment Against Poverty (LEAP), indicating that how could a government which was supposed to provide jobs for the people to earn income choose to give paltry sums of money to the poor.

Alhaji Bako, a leading member of the party in the region, stressed on the need for party members to remain united in order to ensure tota1 victory in the December polls.

He disclosed that a Soyaya Club, aiming at mobilizing Zongo support for the CPP would soon be inaugurated.

Domelevo rubbishes Audit Service claims he owes about $4,020...
28 minutes ago