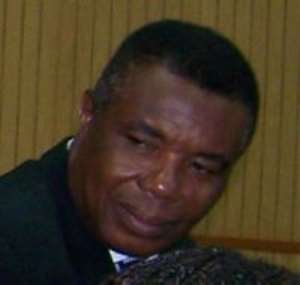 Justice Jones Dotse, the Judge who presided over and convicted Ghana's most celebrated drug king pins, Kwabena 'Tagor" Amaning and Alhaji Issah Abass, sentencing them to 15 years imprisonment in hard labour each, has been nominated for a promotion to the Supreme Court.

The Speaker of Parliament, Ebenezer Begyina Sekyi Hughes, announced this to the House yesterday. "In accordance with Article 144 (2) of the 1992 Constitution, the President John Agyekum Kufuor has nominated Justices Jones Dotse, Paul Baffoe Bonnie, Enim Yeboah and Ms R C Owusu to the Supreme Court," he announced.

"Honorable Members, in accordance with our own Standing Order 172 (2) the nominations have been forwarded to the Appointments Committee for their consideration and vetting."