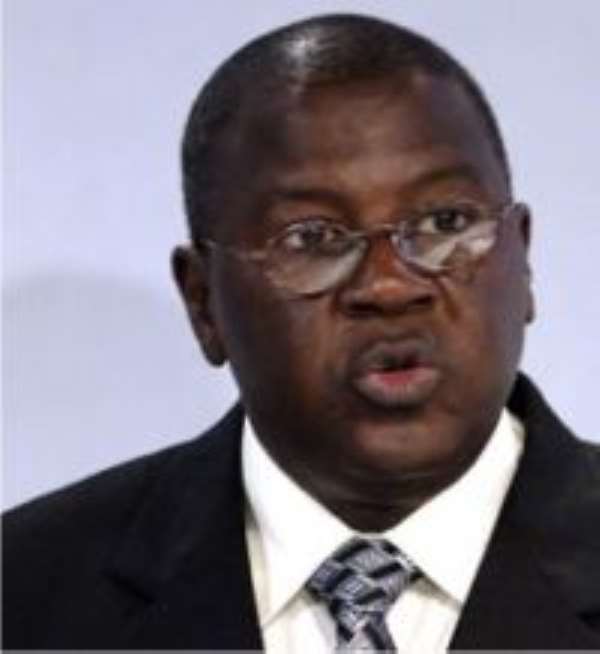 Information reaching this paper has it that there are moves within the New Patriotic Party to partner the party's presidential candidate, Nana Addo Danquah Akufo-Addo with President Kufuor's two term Vice President, Alhaji Aliu Mahama.

While Article 66 (2) of the Constitution states that the maximum term of office of the president is two four year terms, it is silent on the office of the Vice President.

Sources close to the Vice President who spoke to this paper on condition of anonymity say pressure is being put on Alhaji Aliu Mahama to put his name forward as a potential running mate.

The proponents of his candidature say he is the best man for the job, given his experience on the job. He is also seen as a steady hand tried and tested. Also, putting his name forward would largely quash the speculations and fierce lobbying for the position.

He also has an excellent relationship with the party's flagbearer, Nana Akufo-Addo, and has already lent his campaign office, near M Plaza Hotel, to the campaign effort, the source pointed out.

There are currently at least three schools of thought on what should influence the party's choice of running mate. The first school argues that the party should stick to the southern Christian-northern Muslim pairing, as has been the case since the NPP was formed in 1992.

Another strong argument is for the party to acknowledge the fact that about 51% of Ghana's population is made up of women, and a woman running mate would be an apt reflection of this reality.

In this regard, names such as Hajia Alima Mahama, Oboshie Sai Cofie, Gifty Afenyi-Dadzie and Joyce Aryee have all been pushed. Even the Chief Justice, Georgina Theodora Wood, has been mentioned as a potential Veep.

But, a surprisingly strong case is being made for the party to go for a southerner, irrespective of religion. There is only one proviso: the person must not be an Akyem or Asante. Given this scenario, the only group that appears to fit the bill without too much difficulty would fantes, with a Ga candidate also partially fitting the bill.

Sponsors of this argument have gone so far as to vigorously push the name of Tourism and Diasporan Relations Minister and MP for Mfantseman West in the Central Region, Stephen Asamoah Boateng, as the man for the job, our intelligence report shows.

Also in the frame is Attorney General Joe Ghartey, who is also MP for Essikado/Ketan in the Western Region. So far, none of the two men have actively denied the speculations about their possible rise on the political ladder.

Attempts to reach both men for comment at press time proved futile, as they were both partaking in yesterday's heated debate in Parliament over the acquisition of a number of aircraft for the Ghana Air Force, including one Airbus 319 and one Falcon 900 jet for the use of the President