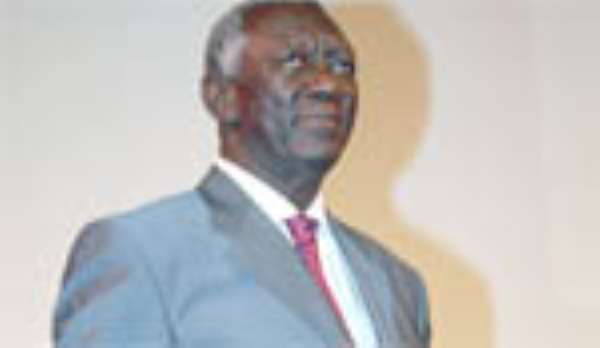 THE NEW Patriotic Party (NPP) government's new social welfare programme, the Livelihood Empowerment Against Poverty (LEAP) which is running on pilot basis in 21 districts in the country, has earnestly taken off in the New Juaben Municipality, one of the pilot districts.

The other districts selected in the Eastern Region are Asuogyaman, Manya Krobo, Yilo Krobo, Kwahu West and Akuapem South.
One hundred and fifteen people identified as very poor in the municipality would initially receive GH¢16 or ¢160,000 and then be paid GH¢8 or ¢80,000 every month.

The monthly stipends would be collected at the post offices in those communities.

Briefing DAILY GUIDE about the programme in New Juaben, the Municipal Director of Social Welfare, Mrs Lucy Ofori Agyeman said the beneficiaries were identified with the help of assembly members and unit committee members who know the poverty level of the people very well.

According to her, the Social Welfare Department also carried out its independent investigations into the background of those nominated to verify that they really deserve that benefit.

She said in most cases, guardians and caretakers of orphans as well as the vulnerable and the disabled fall into that category.

She noted that her outfit together with officials of Ghana Post had paid beneficiaries at Betom, Koforidua Zongo and Asokore while those at Jumapo would be paid today (Thursday, March 20) to coincide with the official launching of the programme in the municipality.

From Sekondi in the Western Region, Emmanuel Opoku writes that 98 households from 10 communities in the Nzema East and Ellembele Districts are receiving grants under the LEAP programme.

The beneficiaries, who are receiving grants ranging from GH¢8 to GH¢15, include orphaned and vulnerable children, the extremely poor above 65 years, and persons with severe disabilities and without productive capacity.

The objective of the programme is to assist the extremely poor and the needy to cater for their basic needs and contribute to the country's socio-economic development.

She said the five-year programme which falls under the National Social Protection Strategy (NSPS) would cover 25,000 households nationwide this year.

She disclosed that 103 households in the two districts in the region were initially selected for the programme, but after the final validation, five of them were excluded for not meeting the necessary requirements.

She named the two pay points for the programme as Axim and Aiyinase Post Offices, where the District Directors of the DSW were assisted by two officers from the regional headquarters of the Department to disburse the grants concurrently.

Madam Mensah added that the beneficiary households would have to comply with certain conditions such as enrolment of all children of school-going age in public basic schools. In addition, the household must register with the National Health Insurance Scheme (NHIS) and all their newly-born babies should be registered with the Births and Deaths Registry.

"They must also attend post-natal clinics and complete the Expanded Programme of Immunization (EPI) and ensure that no child in that household is trafficked or engaged in any activity that constitutes child labour," she said.