By Gambia Journal, The 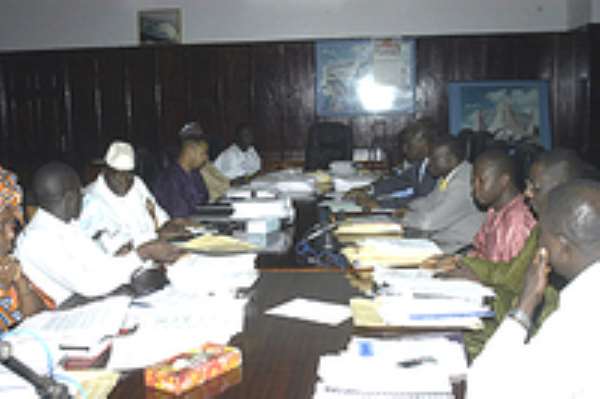 For the first time in almost three years, the Gambian authorities have publicly addressed the question of the alleged massacre of scores of Ghanaian and other West African immigrants in July 2005. The Department of State for Information and Communication issued a press statement in Banjul on Monday 17th March refuting the allegations that forty-four Ghanaians and other immigrants had been killed in The Gambia and that the Gambian authorities had anything to do with the killings. According to the release, it is an official reaction to news coverage, last week on the BBC's Focus On Africa radio program and a publication by the independent Foroya thrice-weekly newspaper, of a massive demonstration by Ghanaians in Accra against the alleged killings.

It was on the 12th March, last week that a coalition of rights groups based in Accra organized a successful mass demonstration to protest against the killings and what they considered to be the lack of any action on the alleged killings. In Monday's pres release the authorities in Banjul claimed that only eight mutilated bodies were found at a beachside near Tanji. The release also said that the bodies were so mutilated that they were beyond recognition. It added that, at the time the Department of State for the Interior had issued a press statement showing that there was no attempt at covering up the incident.

It was in July 2004 that a crowd of people at the nearby Tanji Fishing Center and surrounding villages came fleeing towards the scene, near the beachside, where eight badly mutilated bodies had been found. At first a contingent of Police Intervention Unit, otherwise known as Paras, tried to stop the crowd but got so overwhelmed by the massive turnout that they gave up, the Gambia Journal has reliably learnt.

That same evening, GRTS radio news reported the ghastly findings. But this was to be the only public mentioning of the case by the authorities until Monday's release was issued. After that July 2005 evening's mentioning of the case, it was never officially referred to again in public and that made many people start harboring the fear that there was an official attempt to cover up a foul play. Many had figured out that if the authorities were not in the know, there would have been repeated calls for the public to help the police with the investigations.

These suspicions are also strongly felt by the authorities in Accra who have been persistently pressing their Gambian counterparts for further joint investigations into the matter. A delegation of Ghanaian officials from the police, judiciary and foreign ministry, visited The Gambia in April 2006 and even visited some burial sites where some of the victims had been interned, but the Gambian authorities have blocked all further efforts, according to the Ghanaian side. The Ghanaians have also said that a sole survivor kof the massacre managed to escape back to Ghana and has provided sufficient information to make the authorities in Banjul to have a case to answer. Several months ago the Ghanaian government announced it was reporting the matter to the ECOWAS regional body. Also the MFWA has announced it was taking the matter to the Abuja-based ECOWAS Regional Court .

For his part, the mercurial Gambia leader Yahya Jammeh, has denied that there has been any killing of even a single Ghanaian on Gambian soil, according to a Foreign Ministry official in Accra . Mr. Jammeh had refuted the allegations and called them the work of Gambians opposed to his regime. But today's release, which at least admits the discovery of eight bodies in July 2005, contradicts Mr. Jammeh's statement. Also, a former member of the Gambian security forces now in exile in the USA , has stated that he was privy to information surrounding the killing of over forty West Africans at the same time. According to him, President Jammeh was in one of frequent parties at his home village of Kaninlai when reports reached him that there was a ship-loan of armed mercenaries approaching the shores of The Gambia. The paranoid Gambian leader was then said to have ordered for the capture and extra-judicial killing of the imagined mercenaries.

Monday's press statement by the Department of State for Information and Communication concluded by stating that The Gambia is a peaceful and hospitable country that has been hosting Ghanaian immigrants for over five decades. It added that the Ghanaians even have a place of their own called Ghana Town and it added that “such killings were foreign to the Gambian way of life.”