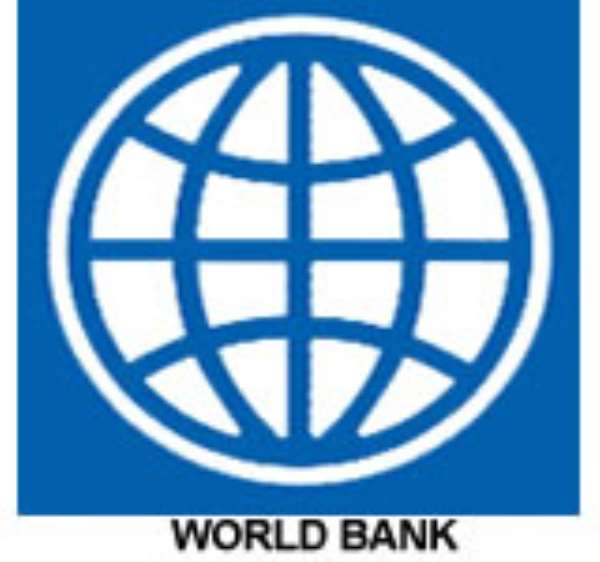 
The World Bank Wednesday March 5, 2008 launched its World Report 2008 at the Alisa Hotel in Accra, and agriculture was at the center stage.

The Report was launched during the Development Dialogue Series of the Bank.

The theme for the occasion was, 'Rethinking Agriculture: What do we know now, what don't we know?'

Presenting a Global Perspective of the Report, Derek Byerlee, Lead Author of the Report said about 80% of people in the world live in rural areas, and a majority of these are into agriculture. He said, a third of GDP in developing countries is contributed by agriculture and therefore, that makes agriculture a critical area in these countries' economies.

The report indicated that majority of the world's poor live in these areas as well.

The report made a significant revelation which showed that despite the fact that the Transforming countries have made huge investments in agriculture, they have not experienced a 'Green Revolution' or a boom in agriculture, and it is not clear why it is so.

The Report meanwhile, cited Ghana in positive light. The findings of the Report used Ghana as a case study in Sub-Saharan Africa which shows Ghana as moving from negative to the highest in agricultural growth. The Report also shows that Ghana's growth in agriculture has reached the poor in rural areas more than growth in other sectors of GDP.

And again the Report shows that in the last 15 years, rural poverty in Ghana has been halved, all due to the growth achieved in agriculture.

During the discussions that followed the presentations, there was consensus on the need for African governments, especially, Ghana to increase investments in agriculture.

Commenting on the Report, Dr. Edouard Tapsoba, immediate past Assistant Director-General of the Food and Agriculture Organisation (FAO), lamented the fact that agriculture extension services and Marketing Boards have been wiped out completely in most parts of Africa.

He argued that, while it was thought that a liberalized market would move the continent's agriculture sector forward, it has unfortunately, not been the case. And indeed, he pointed out that indiscriminate privatization has rather led to the collapse of the agriculture industry in Africa.

He pointed out that while privatization was expected to foster growth in the agriculture industry by removing public monopoly, the private sector in Africa has only replaced public monopoly with private monopoly. He said this kind of monopoly of the private sector has led to the collapse of the agriculture sector in most African countries which has turned out to hurt the small holder farmer most, even though, it was originally expected to help them.

The discussions also raised the issue of legislations on agriculture. It was made known that European farmers do not only fight for subsidies but they also push for legislation on agriculture to enhance investments in and protection of the sector.

Participants then called on Ghana's Parliament to look at the Laws on agriculture and amend them to promote the sector. A call was also made on the Ghana government to move beyond the about 10% investment in agriculture and also subsidize the price of fertiliser.

At the end of the Dialogue, there was consensus that for African countries to end poverty, they must concentrate on and increase their budgetary allocations to agriculture.

Maria Paula Sevanti of the World Bank also made a presentation.