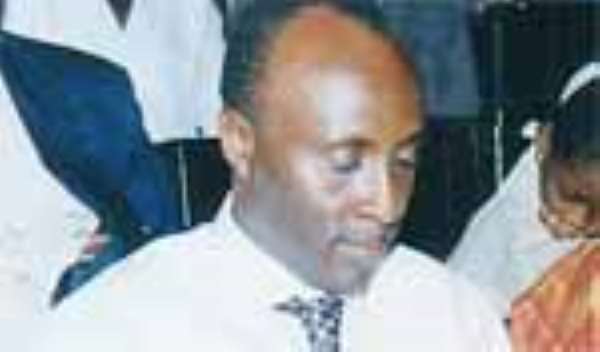 Nana Kofi Coomson, the embattled publisher/politician whose parliamentary ambitions suffered a set back over the weekend following his arrest in connection with what a police source described as falsifying of New Patriotic Party (NPP) document to solicit personal funds, says he is a true member of the ruling party.

The Chronicle publisher, who was on air yesterday to explain his action, said he has been with the party since its inception.

Struggling to defend his conduct, he said the habit of using party documents to raise funds by people who are yet to officially file for positions was as old as Adam, and had thus become a conventional practice.

He declared that he had forthwith withdrawn the use of the party's symbol and name in his fund-raising bid in order to let sleeping dogs lie.

Coomson indicated that his chances of running in the parliamentary primary in the Effia Kwesimintsim Constituency had been made slimmer due to his inability to secure forms from the local executives.

He however expressed his determination to run in the primary which would pick a parliamentary candidate for the December elections.

Kofi's conduct, which generated a lot of furore in the party, was not only reported to the police by a member of the constituency executive, but also frowned at by the sitting MP for Effia Kwesimintsim, Joe Baidoe-Ansah who said it was illegal.

Joe Baidoe-Ansah, who is also the Minister for Trade, Industry, PSI and PSD, did not only call on the party to act on the matter, but further linked Coomson's interest in the parliamentary seat to his paper's incessant attacks on his person.

“Let me also state that this reflects the real motives for the series of articles written in the Chronicle newspaper, which he owns, meant to damage my reputation and jeopardize my future election,” he stated.

The drama stunned observers in relation to the legality of the use of party letter head, especially when a pledge was attached to the document that the interests of contributors would be religiously served on the floor of Parliament.

“You will also have a friend in the legislative house you can summon to give you an ear on any issue for consideration by the house”, he assured.

In a related development, DAILY GUIDE has stumbled upon another letter, signed by the same Nana Kofi Coomson, claiming he would need $150,000 to run a successful campaign till December.

This is in sharp contrast to other similarly-worded appeals asking for $70,000 from certain members of the public.

A journalist with 26 years experience, Kofi Coomson is also a hotelier.

Meanwhile, the Western Regional police have taken up the matter, while tongues keep wagging about his conduct.