Kwesi Botchwey in the fray for Mills replacement? 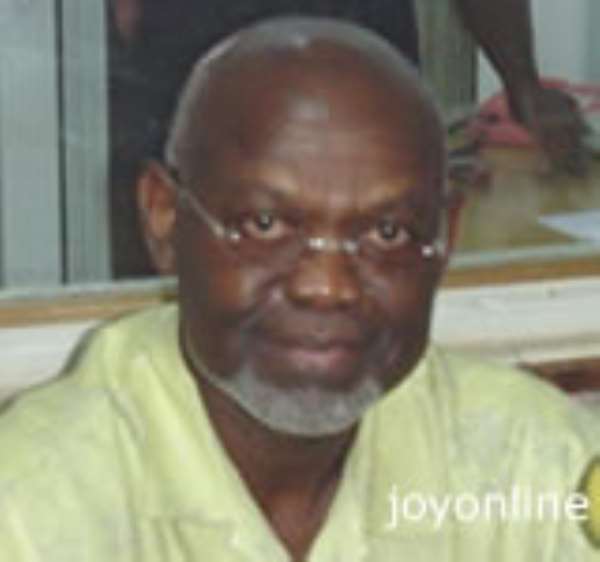 
It has been a festering sore point for the National Democratic Congress (NDC) candidate, Professor Mills, the question of his health.

It exploded across the firmament again last week with renewed urgency, fired by no other than the Founder Flt Lt. J.J. Rawlings (Rtd), a sharp political clairvoyant, who proposed the options available to the NDC, and decided to toss Professor Kwesi Botchwey, his foe who is now mellowing with age but never losing his perspicacity, into the boiling cauldron of NDC politics.

According to The Chronicle, the scenario being pondered over by Rawlings, according to sources familiar with the story, is what happens if Mills' legs give in at the last minute with one month to the elections. Disaster! he thought, as the topic generated tensions across the National Executive meetings and spilled over to the parlours.

Mills' health standing since his return from South Africa, over a week ago, has not been the best. It became evident during the Bush dinner when he appeared with Dr. Kwabena Adjei, Mrs. Nana Konadu Rawlings, and Dr. Patrick Awuah, the wunderkind founder of Ashesi University seated near their table.

He was a spectacle to behold, overly obedient like a school boy courtesying, as Rawlings introduced him as the next President of Ghana, with his tongue stuck in his cheek.

His eyelids looked like they were sagging, and he certainly did not cut the picture of health neither was he the image portraying that of a dying man.

The question for the NDC inner caucus was whether John Mahama would be tough for the job of running mate even though Mills has personally chosen him over Mrs. Mould Iddrissu, the second wife of Alhaji Iddrissu, a recent Presidential aspirant, whom Mrs. Rawlings is now backing.

But the attempt by Rawlings with some hawks in the NDC, to force Mills to step aside because of his health seems to be backfiring.

Unimpeachable sources say that Hon Michael Nyaunu's kite about Mills health was flown acting as a ventriloquist for Rawlings.

The National Executive Council (NEC) of the party and the Council of Elders met to discuss the way forward for the party to figure out ways of kick starting the campaign for the elections.

The testy meeting was attended by the founder, with Mills bravely reiterating to the Council of Elders and the NEC that he was more than fit to run the race and the battle ahead. Bring on Ndoum, Akufo-Addo! He said.

At both meetings, Professor Mills offered himself for a medical examination to prove to party members that his visit to South Africa was for a routine medical review.

After a lengthy discussion, Prof. Mills unfolded his strategy for the campaign, and to demonstrate that he was ready, he released an amount of GHc30.00m to the regions and constituencies as seed money for campaign purposes.

Though the NDC flag-bearer's campaign was scheduled to start this week, he deferred it to next week to enable him address some internal matters.

It will be recal1ed that Mills left for South immediately after the opening match of the CAN 2008, to confer with his family and also see his doctors for a review.

But Mills shocked his detractors when he arrived in the country about two weeks ago amidst pomp and pageantry and told the teeming supporters that he was very sound.

The meeting was very successful except that it was suspended on the first day as a result of the testy exchanges between the founder and Mills.

Allegations continue to firm up that the founder is definitely behind the plots to kick out Prof Mills, but there are flashes of stubborn resistance by Mills.

The loaded question is whether Rawlings' option of ditching Mills to save the party from a one sided contest in case Mills caves in is receiving support, or the party will still keep faith with Mills and pray that he over come his challenges