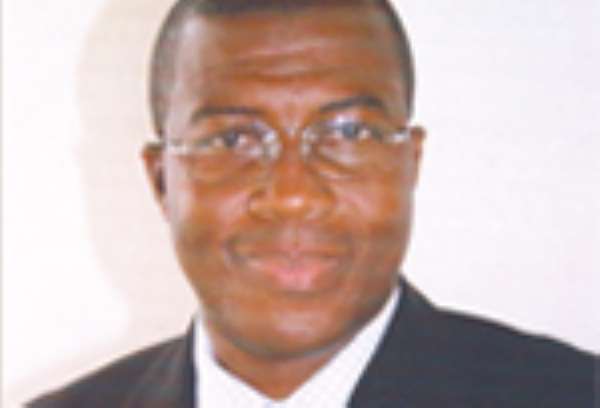 INVESTORS, especially foreign ones, have been called upon to direct their investments into the country for good returns.

“There are several investment opportunities in the country awaiting exploration. Notable among them are tourism, agriculture, energy, minerals and cottage industries.”

This was part of a statement issued to the media in Accra by Hon. Kofi Osei-Ameyaw, Deputy Minister of Tourism and Diasporan Relations (MOTDR), to welcome President George Walker Bush (Jnr), Mrs Laura Bush and their entourage into the country .

He said the visit, the second by a sitting US President, is a sign of confidence and faith in the Ghanaian government and economy.

Hon. Osei-Ameyaw appealed to the police service and other law enforcement agencies to be up and doing to check sex tourists, paedophiles and other undesirable visitors into the country.

The Deputy Minister posited that though the country needed revenue from visitors to prosecute its development agenda, it would not allow itself to be used as a safe haven for adventurous, illegal, criminal and other unacceptable tourism practices.

Hon. Osei-Ameyaw revealed that tourism would soon become the main shaper of the economy as the government prepares to implement far- reaching polices.

He disclosed that the measures would include the transformation of the Ghana Tourist Board into the Ghana National Tourism Authority, with adequate resources and autonomy as well as private sector participation.

Others are the establishment of a tourism development fund, review of outdated tourism laws, as well as legislation and outdooring of curriculum on tourism education to produce the needed manpower resources for the sector.

The statement also urged all visitors to experience the numerous tourist attractions that abound in the country, while respecting the country's cultural norms.

It asked tourists to develop cordial atmosphere in communities where they would find themselves when visiting sites with the view to reducing visitor-host hostile receptions.

Hon Osei-Ameyaw further cautioned that although the country's doors are always open to visitors, those who exploit the country's hospitality, would be dealt with.

- Asuogyaman Becomes Must Visit Tourism Destination
THE ASUOGYAMAN district in the Eastern Region is poised to become a tourist paradise.

The area is well endowed in unique plants and its facilities are to be developed into a model tourism destination.

Asuogyaman and its environs could be described as an anatomy of the country's tourism attractions,, and Ghana's Amazon.

Hon Kofi Osei-Ameyaw, the Member of Parliament for the area, said the assembly is all set to tap the district's potentials to make it a must-visit tourism destination in the country.

In a release issued to the press in Accra, Hon Osei-Ameyaw said he undertook feasibility studies on the tourism potentials of the area and developed a document known as “Asuogyaman 2015” as the area's tourism development blueprint.

The release said Asuogyaman 2015 is themed, “Exploring Natural Resources For Economic Empowerment”, and is aimed at turning the area into Ghana's tourism hub by adding to the natural resources of the area.

The “Asuogyaman 2015” document also plans to transform the area into a municipality by 2015, as well as creating job opportunities to minimise the rural-urban drift.

Hon. Osei-Ameyaw branded Asuogyaman as “The Tourist Constituency” and said sailing, boating, and other water-sports would be popularised in the area.