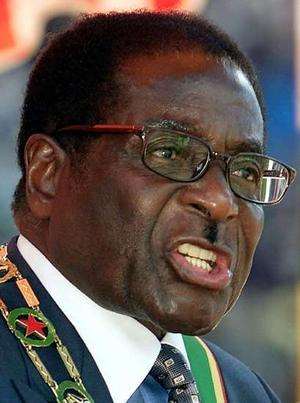 James Chikerema, the Zimbabwean nationalist who died several years ago was not only a first cousin of President Robert Mugabe, but also his childhood neighbour who grew up with the infamous dictator at Zvimba, a predominantly Catholic village less than two hundred kilometres from Harare. Mr Chikerema, was once quoted as saying the Zimbabwean leader had always been an intelligent, but a sour loser. Every time the herd boys had an argument in which the introvert young Robert lost, he would drive his cattle to a secluded area of pastures and sulk over a book the rest of the day - true makings of intolerance that have plagued his political career ever since.

President Robert Mugabe has proclaimed March 29 as Zimbabwe's official election day, much to the chagrin of his main rivals, the Movement for Democratic Change [MDC] who are threatening to boycott the plebiscite. Their concerns are genuine, but caught up in a web of political bad judgement and regional diplomacy. The MDC argues that since 1980, Robert Mugabe's ZANUpf has used dirty tactics to gain, retain and perpetuate power. Between then and now, thousands of innocent citizens have perished in every single election in which Mugabe has been accused of unfair use of police, military, war veterans and state media to intimidate opponents. Even where he 'loses' an election, the ageing leader is alleged to have, like Mwai Kibaki, 'announced' results favourable to ZANUpf.

The bone of contention now is that SADC – the Southern African Development Community – tasked the beleaguered President Thabo Mbeki of South Africa to mediate an honest electoral contest between MDC and ZANUpf. His efforts resulted in the famous Constitutional amendment number 18 toward the end of 2007, coming with several changes to electoral regulations that government propaganda machinery hailed as 'historical'. Ironically, even MDC is at great pains to explain the 'benefits' of these amendments to a largely skeptical electorate who have accused them of hasty work and poor judgment.

Constitutional law expert Dr Lovemore Madhuku heads the firebrand and extremist National Constitutional Assembly [NCA], a network of civic society organisations accusing MDC of focusing on political power at the expense of public consultation. Dr Madhuku' s assertion is that even before the ink is dry on the agreement, Robert Mugabe has gone ahead to frogmarch the nation into an election in which electoral law is still skewed in his favour.

Both leaders of MDC factions – Morgan Tsvangirayi and Professor Arthur Mutambara – argue that were electoral amendments allowed to 'incubate and mature' by June 2008, their party would have won the elections fair and square. That is the point of departure with civic society. NCA insists on a complete overhaul of the constitution, what they term a people-driven exercise where all citizens participate. Mugabe contends that in February 2000, it is both NCA and MDC that neutralised the ruling party's efforts at introducing a new constitution, while now, the MDC insists that the current amendments have taken on board most aspects that were proposed in 1999's constitutional review process. At that time, they continue, NCA proposed around two hundred Parliamentary constituencies and a battery of independent commissions to safeguard democracy and guarantee public accountability. The contested 'amendment' now includes a two hundred and ten-seat Lower House plus an independent Zimbabwe Election Commission [ZEC] to run elections. This is where Robert Mugabe's mastery beats both Thabo Mbeki and MDC at their game, because he has infiltrated his cohorts at every other stage of the electoral system.

South Africa faces a global soccer contest in 2010, thus have reason to worry about a politically unstable neigbhour, hence Mbeki's desire to legitimise any political processes in Zimbabwe. That leaves him to focus on two other pestilences: illegal immigration and crime. Mugabe played the game of acceptance, but is aware that electoral regulations and constitutional amendments take no less than six months to be absorbed into the capillary system of good governance. So he knows any election coming after March where MDC is given free reign in the media and rural areas will be his political death penalty. Zimbabweans are now among the poorest of the poor in SADC, with inflation tottering on the one hundred thousand percent mark, in addition to food shortages, a completely defunct public infrastructure and paralysed economy. If Mugabe allows the situation to continue unabated, ZANUpf is unlikely to get walloped, thus he wants to catch MDC off-guard now, in the hope that SADC and the world will place a seal of legitimacy on his 'new' term.

President Robert Mugabe has another window of opportunity to race ahead in March. MDC are still split, and have of late been talking about collaboration, if not outright unification. Having to face a united opposition, for Mugabe, puts him face-to-face with a collective critical mass of resentment he can ill afford at the moment. He was hoping that MDC would remain divided so as to split the vote in his favour, especially after he himself has managed to quell mutiny in his own party. Alleged presidential aspirants in ZANUpf – current vice president Joyce Mujuru and former SADC secretary general Dr Simba Makoni have waved the white flag and buckled under Mugabe's pressure of coercive persuasion. Dr Makoni was recently summoned to explain his presidential ambitions by a nervous Mugabe at State House, from whence even the independent press claimed that he professed ignorance of the allegation. Therefore, Mugabe has gone ahead to proclaim an early, but constitutionally legit election date, even imposing a punishing nomination court deadline for 8 February knowing full well that MDC are yet to produce sustainable grassroots structures. Dr Madhuku can only rub his hands with glee and say, of which he has already: "I told you Mugabe is a professional cheat!"

Even if Mugabe wins – and facts are pointing to that, what with the entire state machinery inclusive of prime time news, food hand outs and agriculture loans – the impact of his victory will ring hollow in a country that desperately needs change. It is impossible to see how the international community will sympathise with a system that carries a Robert Mugabe brand, especially that MDC is already on the warpath of condemning an election that is still forty six days away.

On Monday, 31 March 2008, Zimbabweans will still be poor, abused and angry. That day will be one where president Robert Mugabe emerges again as the only winning loser in the history of democratic elections. To which side of the political pasture will Robert Mugabe drive his political herd? James Chikerema must be shifting in his grave!

This syndicated article by AfricanLiberty.org was written by Rejoice Ngwenya, Zimbabwean Freemarket Activist and Political Analyst based in Harare. Send him an email at [email protected]