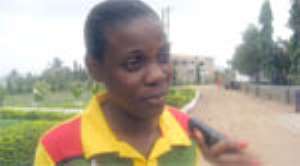 The company which is responsible for 25 percent of Ghana's pineapple exports and around 1 percent of the country's total exports, currently supplies 100 percent of its fruits products to some of the biggest supermarket chains in Europe and South Africa.

The General Manager of the company, Mawunyo Puplampu, who disclosed this in an interview with CITY&BUSINESS GUIDE said: “We did test marketing about our products in the Ghanaian market last year and Ghanaians are ready for the products.”

Ms Puplampu added: “We will sell 10 percent of our products here in Ghana and export the remaining 90 percent for now.”

However, its biggest factory is in Ghana where it employs over 1,500 people most of whom are women.

The company's presence in Ghana has provided a market place for growers of pineapple, papaya and coconut and has also pioneered the growth of mango farming in the Eastern Region of Ghana.

Recently, as part of its social corporate responsibility, Blue Skies in collaboration with British Airways had transported 2,000 footballs into the country donated by the Champions League to an HIV programme in Tamale in the North Region of Ghana.

The footballs are being used by 'WhizzKids United' which a project being run by a charity organisation called Africaid.

Africaid was founded in 2002 and they have developed and supported HIV programmes in Ghana, South Africa, Zimbabwe and Kenya.

WhizzKids United works by using football as a fun and interactive way to teach 12-15 year-old children about HIV prevention strategies.

Out of the 2000 footballs, 1500 were sent to Tamale, while the remaining 500 had been donated to schools in the Akwapim South District in the Eastern Region.