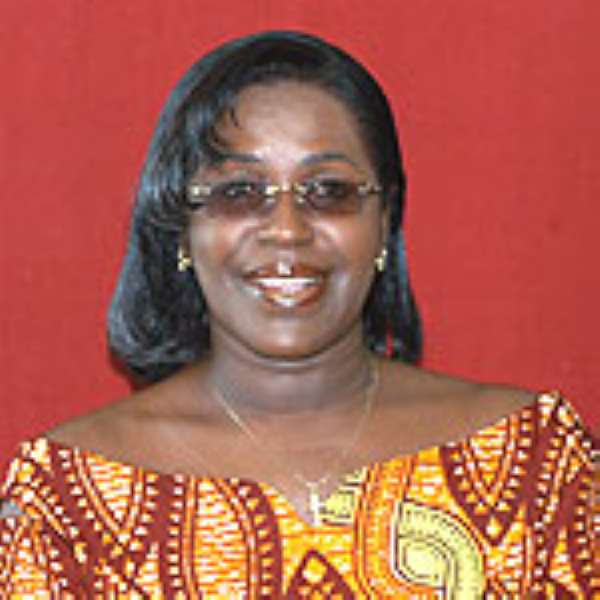 Government has reminded all Ghanaian citizens, especially soccer fans on the need for them to exhibit the highest sense of patriotism when the national anthem is played at the stadium.

'It has been observed that our enthusiasm at the matches of the Black Stars has sometimes caused us to forget our patriotic obligation to show due respect to our National symbols such as the Pledge, the Flag and the National Anthem' by standing up.

Mrs Oboshie Sai Cofie, Minister for Information and National Orientation, who said this in a press release copied to the GNA Sports yesterday, recounted that at last Sunday's football match between Ghana's Black Stars and Nigeria's Super Eagles, the National Anthem was unfortunately drowned out by cheering, shouting, whistling and clapping.

She said it is important for all to note that 'we must all stand up, either stay silent or learn to sing at least the first verse of the anthem so that we can sing along as the band plays the anthem.'

The Government, however, commended the entire Ghanaian public, especially fans and supporters, who had turned up at the various stadiums to watch and support the teams playing in the 26th MTN Africa Cup of Nations tournament.

Mrs Sai Cofie said: 'Government has no doubt that your support at the Ohene Djan stadium has helped in no small way in ensuring the successes of the Black Stars in the ongoing tournament.

'Government urges for even greater support for the Stars as they enter the more crucial stages of the competition to enable them to achieve the ultimate prize of winning the Cup.'

Mrs Sai Cofie said, 'The Government joins the entire populace to wish the Black Stars the best of luck in today's match against the Indomitable Lions of Cameroon and to advance to the finals on Sunday.'