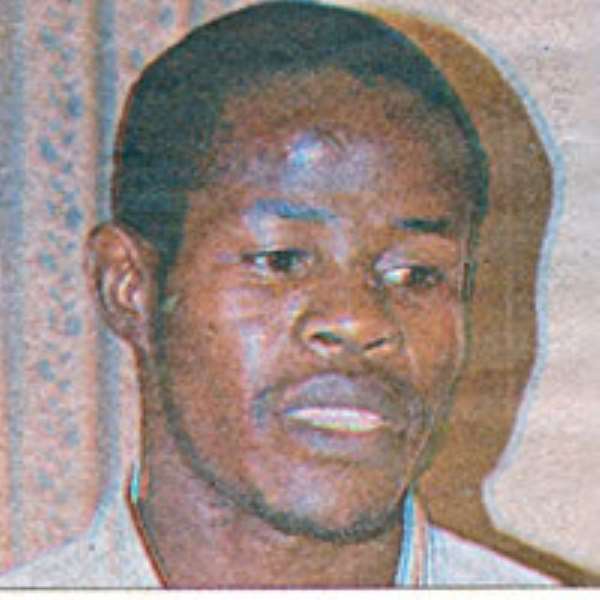 
The 44-year-old man who posed as a medical doctor by presenting fake certificates to the Ghana Medical and Dental Council (GMDC) for accreditation appeared before an Accra circuit court Tuesday and was granted bail in the sum of GH¢l0,000 with two sureties to be justified.

'Dr' William James Mayor Tony Blair, who pleaded not guilty to five counts of possessing false documents, altering false documents and false assumption of professional title, will reappear before the court on March 4, 2008.

The facts of the case, according to the prosecution, were that 'Dr' Blair used fake certificates to practise as a medical officer at the Siloan Mission Hospital in the Jomoro District in the Western Region between February and December 31, 2006 without registering with the GMDC, as prescribed by the Medical and Dental Council Decree 1972 (NRDC 91).

On January 29, 2008, Mr Ben Ameleke, a retired Superintendent of Police currently working with the GMDC, arrested 'Dr' Blair who had presented photocopies of two fake certificates he claimed to have obtained from the University of Michigan Medical School.

'Dr' Blair had gone to present copies of his certificates to the GMDC to enable him write its certificate examination scheduled for February 23, 2008, after he had registered on January 13, 2008.

He wanted to be registered as a member of the Council, which is the regulatory body of the Ministry of Health (MoH), for him to practise in Ghana as a medical doctor.

Since the purpose of the GMDC was to prevent illegal practice of medicine in Ghana, it took pains to verify 'Dr' Blair's certificates and discovered that they were fake.

One of the two certificates stated that 'Dr' Blair had studied medicine at the University of Michigan between 1988 and 1992, where he was awarded a doctorate degree, while the other indicated that he was admitted to the Medical School of the same university to specialise in neurology between January 12, 1999 and March 1999.

At the corner of the doctorate certificate was the inscription: "Ministry of Health, Washington, DC," which strengthened the GMDC's suspicion that the certificates were fake because Michigan and Washington, DC, were two different states in the United States of America.

When Dr' Blair applied to the GMDC, he was booked to attend an interview on January 25, 2008 but he failed to show up.

On January 28, 2008, the Registrar of the GMDC, Dr Eli Atikpui, certified that the two certificates the accused had presented to the council were fake.

According to him, the following day, the council invited 'Dr' Blair for the interview, during which he was arrested and handed over to the Accra Central Police Command for investigation and prosecution.

During police interrogation, 'Dr' Blair confirmed that he had practised at the Siloan Mission Clinic near Half Assini between February and December 31, 2006 without registering with the GMDC, as prescribed by law.