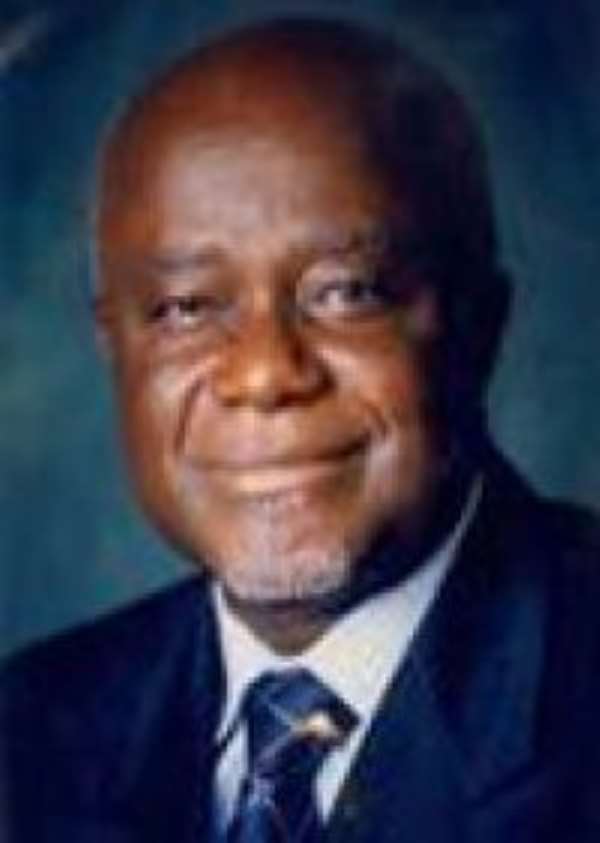 Former NPP flagbearer aspirants, Felix Kwasi Owusu-Adjapong and Hackman Owusu-Agyemang have sought to put to rest any doubt that the public and detractors of the NPP may have concerning unity within the party.

The sitting New Patriotic Party Member of Parliament for Akim Swedru, said unity in the party is as strong as ever before, despite the fierce competition that accompanied the party's flagbearer contest.

Mr Owusu-Agyemang, MP for Juabeng North, also in a separate interview with this paper, said, "the party, including all the aspirants and their supporters are firmly behind the President and the Presidential Candidate."

He added, "All of us involved in the 2008 campaign recognise that the battle will be fought on the record of President Kufuor'

s government against that of our main opponents. All of us are committed to actively maintaining a sincere atmosphere for that synergy between government and party for the common enterprise of retaining power to continue with the excellent work that the party started in 2001."

The former Cabinet Minister said, "There are still those who wish the split that they prayed for may still happen. The only split likely to happen will be the NPP splitting the votes at seats traditionally considered NDC strongholds and 'No-Go' areas for us."

Mr Owusu-Adjapong, his former Cabinet colleague, is among those expected to play instrumental roles in the party's 2008 campaign. His special assignments include taking charge of the party's relations with traditional authorities. "The idea is not to make chiefs partisan but to recognise their authority and concerns," a party insider explained.

Mr Owusu-Adjapong said despite their individual losses during the race for the NPP flagbearership race, the former aspirants remain committed to the ideals of the party. According to him, all the former aspirants knew there would be only one winner at the end of the contest, and therefore braced themselves for victory or defeat. The December 22 NPP delegates' congress was therefore a "family gathering", according to the former Minister for Parliamentary Affairs.

Touching on the relationship between Nana Akufo-Addo, the former aspirants, the party and President Kufuor, Mr Owusu-Adjapong, said they are "like one big family." He explained that the President, the former aspirants and the party understand the essence of unity to retaining power. "We all saw Nana Akufo-Addo seeing President Kufuor off at the Airport on his way to Rome", he added.

On his part, Hackman Owusu-Agyemang told The Statesman that all the former aspirants have pledged their unflinching support for the Nana Akufo-Addo campaign team and are ready and willing to serve in any capacity.

He however pointed out that their various roles in the campaign team are yet to be confirmed by the Flagbearer. He disclosed that at the moment, they are all trying to put their expertise at the disposal of Nana Akufo-Addo in the party's quest to retain power.

Mr Owusu-Agyemang said he is ready to serve Nana Akufo-Addo day or night.

He indicated that all the former aspirants have put behind them any unfortunate thing that might have happened during their quest for the flagbearership, adding, "The cohesion in the party was no way compromised [by the contest]."

According to Hackman Owusu-Agyemang, all opinions in the party are being harnessed and put together to provide better living conditions for all Ghanaians, noting, "A political party exists to win power and improve the standard of living of the electorates."