Bawku Curfew Back On 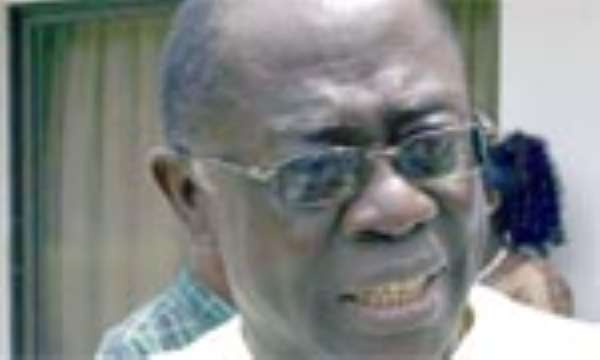 By Executive Instrument, the Minister for Interior, Hon. Kwamena Bartels, acting on the advice of the Upper East Regional Security Council (REGSEC), has yet again imposed dusk-to-dawn (8:00 p.m – 5:00 a.m) curfew on the Bawku Municipal Area, with effect as of yesterday, Tuesday January 29.

Still by Executive Instrument, all persons have been prohibited in the township and its environs from carrying arms and ammunition or any offensive weapon.

According to the Minister, the re-imposition of the curfew resulted after a high-powered government delegation jointly led by the Ministers of the Interior and Defence visited the area, and based on the findings of the delegation and on the advice of the Regional Security Council, government decided to maintain the measures already taken and continue to monitor the situation closely.

Hon. Bartels explained that due to the security measures put in place, including the curfew and the commitment to peace demonstrated by the two groups, relative normalcy had returned to the area.

Applauding both parties for respectively renouncing violence and confrontation, and for their commitment in ensuring that their differences were resolved through the constitutionally-established structures, he said “it was therefore crucial that all suspicions were set aside for the unity of Bawku and our dear country.

“This is not the time for the politicization of these very delicate issues. It is a time to unite to deal with the situation.

“Government would like to reiterate that with its over-riding responsibility of ensuring law and order, it would ensure that the full rigours of the law would be brought to bear on any individual or group of persons whose actions will lead to the breach of the peace,” he warned.

The Minister appealed to Ghanaians to partner with government to bring peace and security to the people in the Bawku area.

According to the Interior Minister who is also a Member of Parliament (MP) for Ablekuma North, initial assessment carried out after normalization of the situation revealed that 8 people have been confirmed dead whilst 16 others have sustained various degrees of injury.

He lamented however that the latest report indicates two more persons have lost their lives which bring the total to 10 persons.

The last victim was a male adult who died on Thursday, 24th January, 2008 whilst on admission at the Bolgatanga Government Hospital as a result of gun-shot wounds.

“In terms of destructions, 104 houses and stores were completely burnt down, 23 houses were partially burnt down and 5 vehicles were also set on fire.

“So far 22 persons have been arrested in connection with the disturbances, and they have since been remanded into prison custody at Navrongo for further investigations and they are due in court on 31st January, 2008,” he said.

He added that the security agencies have also seized 1 AK47 assault rifle, 1 SMG rifle, and about 32 assorted ammunitions.

It would be recalled that between 31st December, 2007 and 2nd January, 2008, the peace and stability of the area was disturbed during the annual celebration of the Samanpiid Festival by the Bawku Traditional Council at Bawku.

Whilst the durbar was ongoing, the security agencies had information to the effect that unidentified persons (originally suspected to be armed robbers) had attacked and burnt down houses at Possum, a suburb of Bawku and killed 3 people. The Police/Military detachment in the area as part of government's strategy to maintaining law and order intervened and succeeded in averting possible carnage.