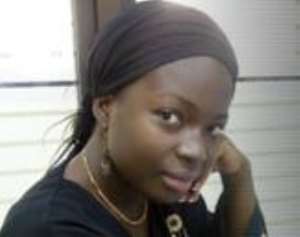 The Makeda Fund was jointly established by SEAF and NOI Consulting to support the development of women-owned and women-managed SMEs in Africa. The Makeda Fund will focus predominantly (but not exclusively) on investments in women-owned and women-managed businesses. The Fund will have Nigeria as its core geographic focus, but also will invest a portion of its capital in other countries in the sub-Saharan Africa region.

The Makeda Fund aims at supporting the growth of women-owned and women-run businesses in Africa. By investing in women-owned businesses in Africa, the Makeda Fund hopes to spur wealth creation and employment generation. We believe that supporting such businesses is important: not only because they are currently an underserved segment of the market, but also because they offer promising opportunities for value creation for both investors and women entrepreneurs.

In many developing countries, lack of access to financing serves as a major obstacle to private sector growth. This problem is however exacerbated in the case of women-owned businesses. Although women have historically been the backbone of most of Africa's economies, the growth of many women businesses tend to be hampered by the lack of access to credit facilities.

By investing in women-owned businesses in Africa, the Makeda Fund hopes to spur wealth creation and employment generation. Moreover, as women-owned businesses tend to hire and train a significant percentage of female employees, we believe such investments can provide positive momentum for efforts to support the development of women entrepreneurs.

For each investment deal, the fund will generally invest between $1 to $5 million, and will seek a significant minority stake in the company of at least 20 percent. We anticipate making a total of about 15 investments. The Fund will have Nigeria as its core geographic focus but will invest in other women-run businesses in West Africa, but will invest a portion of its capital in other countries in the sub-Saharan Africa region.

The Makeda Fund will empower businesswomen who own or operate SMEs by:

* Providing them with affordable access to capital
* Introducing them to global best practices in areas such as product development, quality control, and financial management
* Connecting entrepreneurs with new customers and suppliers – regionally and internationally
* Linking entrepreneurs with our worldwide network of successful businesses

The Makeda Fund was jointly established by SEAF and NOI Consulting who shared a common mission of supporting development of small businesses in emerging markets and possessed complementary strengths.

NOI Consulting was founded in 2006 by Dr. Ngozi Okonjo-Iweala, and provides business and financial advisory services to both local and foreign firms operating in Nigeria and Africa as a whole. Dr. Okonjo-Iweala was previously Minister of Finance and Minister of Foreign Affairs in the Nigerian Government for the period 2003-2006. She left NOI Consulting in December 2007 to serve as Managing Director of the World Bank.

[email protected] This e-mail address is being protected from spam bots, you need JavaScript enabled to view it

We love Adwoa Safo but it may be too late for her – Dome Kwa...
19 minutes ago