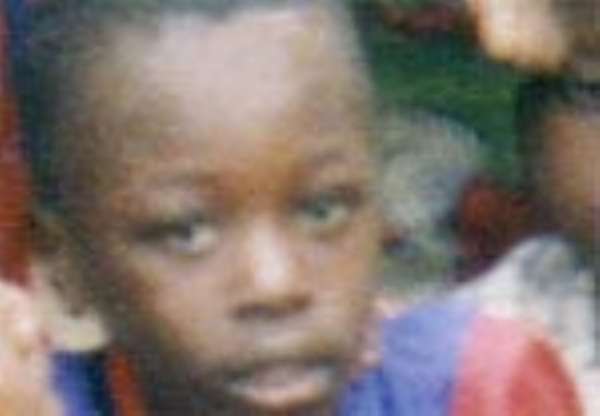 Speculation is rife in and around Tsito in the Volta Region that the twin boys, Joseph and Benjamin Bani who were allegedly kidnapped three weeks ago, have been killed.

Fear has therefore gripped residents, following the inability of the police to either locate the whereabouts of the nine-year-old twins declared missing in the area or arrest the man believed to be the prime suspect in the alleged abduction.

The boys disappeared at Tsito under mysterious circumstances on Wednesday, January 2, 2008 and several attempts by the townsfolk and police to trace them have since proved futile.

Currently, about six people, including a woman and Kpodo Anang, the first suspect who allegedly admitted to the police that he led the twins to the prime suspect (name withheld), are standing trial at the Ho Circuit Court for conspiracy to steal a child.

The prime suspect, believed to have smuggled the twins across the Aflao Border to neighbouring Togo, is still at large.

Before the incident, both the prime suspect and Anang, unemployed, were alleged to have told some folks that they would soon become fabulously rich, a situation which made people suspect that the twins were stolen and murdered for ritual purposes.

The five other suspects standing trial at the court in connection with the case include Alfred Sebrenu, Kafui Kodzo Kavi alias Ayidzoe Kafui, Dogbey Worlanyo, Kpeteme Kpasra alias Kanabo Korku, all farmers, and Adeku Esinam, wife of the prime suspect.

They have been remanded in prison custody to reappear on 29 January.

The mother of the twins, Victoria Titriku told DAILY GUIDE that she has been having series of nightmares since the disappearance of the children, saying the situation is making her life very miserable.

She said things were not well with her financially when the twins were born as their father had totally neglected them. She said she had to take care of them single-handedly until some relatives voluntarily took responsibility for their up-keep.

“Now that they are growing and will some years later help me out of my predicament, they have been stolen. I need them dead or alive,” she lamented.

However, Inspector Joy Afagbedzi, Volta Regional Police PRO told DAILY GUIDE in an interview that the police were making frantic efforts, including radio announcements, to receive vital information that could lead to the arrest of the alleged kidnapper.

He said pictures of the prime suspect would soon be put on the Internet with relevant descriptions so he would be easily identified in whichever country he might be seeking refuge.

It would be recalled that DAILY GUIDE in its Tuesday, January 8, 2008 edition, broke the news about the arrest of Kpodo Anang and the subsequent arrest of some other people in connection with the disappearance of the twins. The twins were said to have been last seen in the company of Kpodo Anang, walking toward the outskirts of the Tsito township. He later confessed that he took them to the prime suspect's house upon his request and left shortly afterwards.

Interaction with residents of Tsito during a visit on Wednesday revealed extreme fear and anxiety among them, especially parents and heads of basic schools, as they do not know who would become the next victim.

Authorities of basic schools, this paper reliably learnt, now preferred to confine their pupils to their campuses, with strict monitoring of their movements to prevent the undesirable, while parents have also assumed the responsibility of escorting their children to school daily. Some parents, investigations revealed, even preferred that their children absented themselves from school in case there was nobody to escort them, instead of allowing such children to go to school by themselves.

Some of the parents expressed varied sentiments about the situation, noting that the inability of the police to apprehend the prime suspect and secure the release of the kids was very dangerous for the community, since that could give impetus to others to indulge in crime with the confidence that they would go scot free.

The residents contended that they had never been impressed with the approach of the police to issues of crime in and around the area, saying police interventions had not been deterrent enough, as most of the cases only die a natural death after a few arrests and remand of suspects in custody.

They therefore appealed to the police to, as a matter of urgency, intensify their investigations into the case, while liaising with Interpol to track down the alleged kidnapper and find the whereabouts of the twins.
From Edem Adesi, Ho