‘Akufo-Addo Can Beat Mills In Volta’ 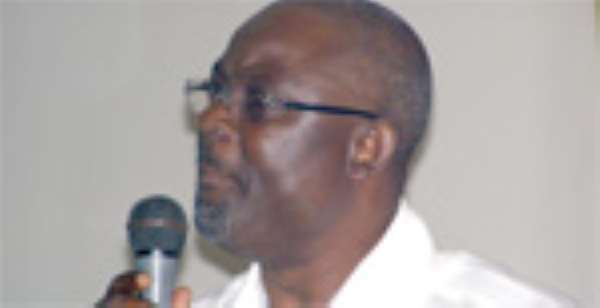 The Volta Regional Branch of the New Patriotic Party (NPP) has observed that Nana Addo Dankwah Akufo-Addo, flagbearer of the party will pose a tough challenge to the National Democratic Congress (NDC's) Prof John Evans Atta Mills in the forthcoming elections.

This prediction, according to them, stemmed from the complacency of the NDC in the region, coupled with Nana's marketability in all parts of the country, including the Volta Region.

A patron of the party in the region, George Ahiable, who expressed this certainty in an exclusive interview with DAILY GUIDE, noted that the calm that hit the region after the declaration of Nana's victory meant the NDC had acknowledged that Nana would be a tough match for them in the December elections.

He described Nana as an experienced visionary with excellent track-record that could be used to easily persuade electorate, shake NDC strongholds and cause a stir in the elections.

“Even the NDC itself is aware of the challenges facing them; but with the election of Nana as our flagbearer, truly a new challenge has come because of the change in the flagbearership. We are more determined to split votes in all parts of the region and make nonsense of their claim that the region is their stronghold,” Mr. Ahiable stated.

He said the party's conviction of victory in the region had further been consolidated by its significant performance in the previous elections, adding that performance in each election had been an improvement over the pervious one, with the 2004 one being the most promising.

He pointed out that the Volta Region was gradually emerging as a stronghold of the NPP, saying the traditional stronghold of the opposition NDC was now embracing NPP activists and lending ears to their campaign messages, a situation that was far different from what pertained in the past.

This emerging trend, Mr. Ahiable noted, was a clear manifestation of the level of acceptance of the NPP in the region due to its development orientation which was manifested in the number of development projects extended to the region over the past years.

He admitted that how to snatch the 21 parliamentary seats from the grips of the NDC was a major challenge for the party in the region, but was quick to add that the taking of the Nkwanta North seat by Hon. Kweku Nayan signaled that there were more chances for the party in future elections.

The patron, who was the first NPP parliamentary candidate in the Ketu North Constituency, hinted that the party had embarked on a number of awareness drives to cause the youth in the region to have a changed mindset that politics was not a do-and-die affair but rather a means to development. This, he observed, would enable them to make informed political decisions based on the assessment of the capability of each of the country's political parties to transform their lives.

He made it clear that the vibrancy of the NPP had currently rendered the opposition NDC dormant in the region such that even those who claimed to be supporters of NDC were openly asking whether the party was still alive.

What was more assuring, the Volta NPP Patron said, was the positive response from the people following the current creation of some new districts in the region, adding that the situation was a moment most communities had been waiting for to speed up their development process.

Mr. Ahiable advised all political parties to avoid the use of derogatory language and conduct their campaigns with civility to ensure peaceful elections.

“I will also like to appeal to party members to put all past issues behind them and rally behind their leadership to effectively galvanize force towards the campaign.”
From Edem Adesi, Ho