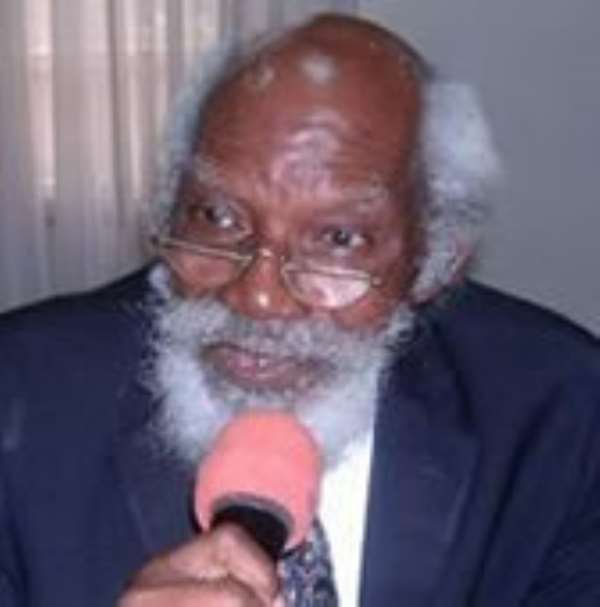 
Mr. Justice V.C.R.A.C. Crabbe, Commissioner of Statute Law Revision, Attorney General's Department was on Monday awarded with a special prize and certificate by the World Health Organisation (WHO), African Regional Office for his contribution towards tobacco control.

WHO gives the award every year to individuals or organisations in each of the six WHO regions for outstanding contribution towards tobacco control.

Justice Crabbe is the first Ghanaian to have won the prize.

The award was given at a seminar on Global Tobacco Surveillance Dissemination in Accra, by Dr Joiaquim Saweka, WHO Country Representative who praised Justice Crabbe for bringing to bear his experiences as a drafter of constitutional laws on the draft bill.

"On behalf of the Director General of WHO, Dr Margaret Chan and Regional Director for Africa, Dr Luis Gomes Sambo, I congratulate Justice Crabbe for winning the award", he said.

During the seminar, Major Courage Quashigah, Minister of Health said tobacco should be seen as a health issue and not as a human right issue.

"There is no freedom in the slavery to nicotine addiction since tobacco is a health issue not a freedoms issue".

He called for the inculcation in the educational curriculum, health and nutrition as examinable subject as a form of health education.

"Our health is our wealth," he emphasized.

On the draft tobacco bill, Major Quashigah said it was still at Cabinet level.

Dr. Osafo Mensah, Chairman of the Parliamentary Committee on Health, gave the assurance that Parliament was ready to receive and debate the draft bill whenever it was presented on the floor.

She said most of them also supported bans on smoking in public places and also accepted that a patient's chances of quitting smoking was highly increased when advised by health professionals.