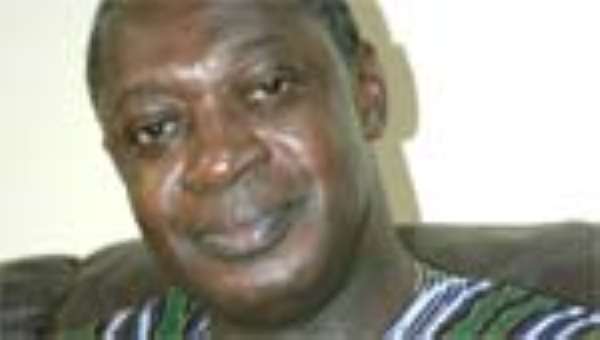 Prof Kofi Agyeman Badu Akosa, the new political kid on the block, and Convention People's Party (CPP's) presidential hopeful, has revealed that his victory at Sunday's congress will send shockwaves across the entire Ghanaian political landscape.

According to him, his entry into politics had already sent so much reverberation into the camps of the ruling New Patriotic Party (NPP) and National Democratic Congress (NDC), and that he was reliably informed the two leading parties would not want to see him win the presidential primaries of the party.

Describing an Akosa victory as the beginning of a political Tsunami in the country, the former Director of Ghana Health Services said the electorate would have no option but to march to the CPP, which was the mother of all political parties in the country.

He therefore asked the party's delegates to keep faith with him and vote him as the presidential candidate of the party to bring the CPP back to its rightful place on the political ladder.

The professor, who was speaking to DAILY GUIDE in an exclusive interview in Accra, said after touring the 10 regions of the country, he had come to the realization that a large number of Ghanaians were disappointed with the NPP and NDC politics, and had expressed their readiness to go with the CPP in the 2008 general elections, provided the party would put up a visionary candidate.

“My campaign so far had been very exciting, revealing and educating. I made them understand I intend to break the vicious cycle, where only politicians enjoy better living standards, and they've seen the honesty in me,” he said.

According to him, the power-play between the two largest political parties in the country must not be allowed to continue, and pointed out that while open-minded people were excited about his entry into politics, the closed minds were jittery.

“They understand my message and indicated they need a new messenger who would be a breath of fresh air for Ghana politics. They say the country needs a respite from the NPP and NDC for focused development,” he stated.

Stressing that he would be judged by the living standards of Ghanaians, the professor said from his nationwide tour of the country, there was no doubt in his mind that the people wanted him to lead them.

He likened the CPP to the mother hen, who lifts up all her wings to protect not only her chicks but the duckling and others as well, saying the CPP would harvest an intellectual might from all over to develop the country.

Asked to comment on the on-going NPP race, the renowned pathologist said it was sad to note that in the face of the abject poverty in the country, politicians could display such opulence.

He however wished the aspirants the best of luck, and jested that he would be at the NPP congress venue, possibly to resuscitate any aspirant that goes giddy out of shock.

“I will be around to revive any of them who might go giddy, probably due to shock or disappointment,” he teased.

Concluding, the professor paid homage to his other five competitors in the CPP race and delegates for demonstrating maturity, fortitude and good foresight, particularly in the last three months, saying, “What happened in the party is very tremendous”.

In a related development, the campaign office of another CPP aspirant, Dr. Paa Kwesi Nduom, has stated it was aware of a plot to discredit him with a purported 2001 Serious Fraud Office (SFO) Report.

According to the campaign office, supporters of Mr. Bright Akwetey, another aspirant, had for the past six weeks been circulating documents to discredit Nduom, and noted that the delegates would not accept any negative campaign from any quarter.

“We have been aware of the role of Mr. Bright Akwetey and other aspirants in all of this. This is not the only item in their bag of negative campaign.

In the supreme interest of the CPP, we have kept our word that we will not engage in a campaign of insults or mudslinging. Obviously, Mr. Akwetey and his collaborators are desperate because their negative campaign has been rejected by the CPP delegates and members across the country.

“We will remain focused on our positive campaign of ideas and efforts to strengthen the ability of the CPP to become great and strong once again. We will continue to take our message to the delegates.

We are confident that they will reject the mudslingers and vote for the people's choice, Dr. Papa Kwesi Nduom, come Sunday, December 16, 2007,” it said.

Meanwhile, Dr. Nduom is reported to have referred the matter to professionals for the purpose of determining which course of action to take after the Congress.

We're ready to go to jail for fighting the bogus, discrimina...
40 minutes ago