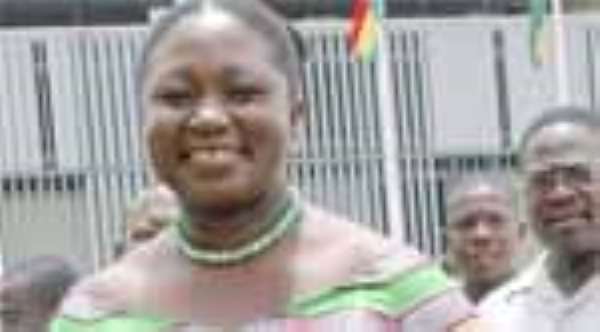 The driver looked me in the face, obviously exasperated with the 'trotro' driver who had just dangerously crossed his path, and exclaimed: “so who owns Kumasi?”

This exclamation initially looked innocuous but I became amused upon suddenly realizing that the whole world was marking World Planners Day that fateful Thursday.

Here was a driver who might not even know what the heck planning is all about but brilliantly capturing the problems of urban planning in Kumasi.

Kumasi, formerly fondly referred to as the Garden City of West Africa, happens to be the nerve centre of commercial activities in Ghana.

Though ranked second only to Accra in terms of size and importance, Kumasi maintains a certain kind of indispensability to not only Ghana but the entire West African sub-region. In terms of trade, Kumasi plays host to indigenes from almost all the countries in the sub-region.
Traditionally, the fame and power of the Asantehene, traditional custodian of the city, goes beyond the borders of the country to other regions. This, coupled with the unique traditions and cultures of the affable residents, makes Kumasi the city of choice for most people.

It is therefore not surprising that the city has its own unique planning challenges. Attempting to put Kumasi's planning problems in perspective is a really Herculean task.

It is not like there is no traffic in other parts of the country, but the Kumasi situation is unnecessary, to say the least. Loud honking of horns by drivers who behave like they own the roads is likely to get on people's nerves, particularly the first time visitors.

Amidst the fumes from cars that look like they might need a couple of visits to the mechanic's, drivers trade obscene insults at each other. Apparently, each of them blames his fellow for the difficulties they go through on a daily basis.

But don't you worry, this is Kumasi.
Kumasi's road network is the radial system. There is a ring road from Adum right through Anloga to KNUST, which is only one part of the network.

Ideally, it is supposed to provide detours to drivers from the Central Business District area at Adum on their way to KNUST but who wish to avoid Oforikrom. For instance, one could go through Anloga through Ahinsan to KNUST without having to pass through Oforikrom.

However, because the Anloga portion of the system has not been well developed, the entire network has not been able to offer alternative to movements to and from the central business area. This is where the city planners can be taken to task.

It is amazing that such an important network has been neglected in favour of some lesser significant roads. Because the ring road connects to the newly constructed Accra – Kumasi Highway (popularly called the N6), it requires maximum attention.

Roads are constructed to serve several purposes. These include the need to ease the traffic situation on an existing road, enhance aesthetics, reduce accidents (safety reasons), and so on.

Following from this, if the Asafo Interchange was meant to ease traffic from the former Asafo Roundabout to Adum, then it achieved its purpose.

If it was meant to ease traffic generally in the Central Business District, then it has not fully achieved its purpose as the traffic situation at the Central Market – Railways – Kejetia area has remained largely unchanged.

In discussing the traffic situation in the metropolis, one cannot ignore the role of the Kejetia terminal in the scheme of things.

The Kejetia terminal in its current state is not the best. The structure is contributing immensely to the general chaotic traffic situation in the city.

Why should anybody who wants to travel to other parts of the country necessarily have to come to Kejetia? In essence, Kejetia has become a converging point for all who want to travel out of Kumasi.

As a result, movement in and out of the terminal can be anybody's nightmare. Walking is as inconvenient as driving through the thick traffic due to the annexation of pedestrian walkways by hawkers.

The centrality of the Kejetia Terminal needs to be re-considered. To ease up the pressure on Kejetia, more terminals need to be provided at vantage areas within the metropolis.

Vehicles going south of Kumasi to places like Obuasi, Bekwai, Dunkwa, Prestea, Tarkwa, Cape Coast and Takoradi could be stationed at a terminal that can conveniently be located at Santasi whiles those heading towards the north, like Sunyani, Tamale, etc could also be located at Asuoyeboa or Abuakwa.

This, apart from reducing the number of people who will have to move to Kejetia to board vehicles, will also partly solve the menace of hawking since it exists in response to the high number of commuters at the terminal.

Another challenge the Kumasi Metropolitan Assembly has to deal with is the perennial problem of hawkers who have simply defied all known methods of ejecting them.

Whiles there is unanimity that the hawkers are a problem, there still does not seem to be agreement on the best way to eject them from the streets.

In the past, the Engineering Approach that involves physically ejecting the hawkers with the help of the security agencies has not helped. This approach has been known to be inhuman.

It ignores the most important actors in this whole drama, the hawkers, and fails to realize that they are human beings with specific needs that must be met.

It further does not accept the fact that the hawkers are there in response to a failed economic system that has not adequately taken their needs and interests into consideration in the design of economic policies.

In any case, the Kumasi Metropolitan Assembly itself has not got the manpower needed to keep away the hawkers from the streets.
This model of planning thrives on the efficiency of the law.

In a city where the implementation of the law is fraught with so many challenges, the Engineering Approach, also known as the rational approach to planning is bound to fail.

The evidence of this is clear. After so many “decongestion exercises”, the hawkers somehow manage to come back.

Pavements constructed for the use of pedestrians have been converted to mini-shops by these hawkers who sell anything from chewing sticks to television sets.

Drivers park their vehicles right in the middle of roads and damn the inconveniences they create for other road users. The law enforcement regime in Kumasi is extremely weak.

Kumasi has the potential to become the most orderly city in Ghana. City managers need not wait for the situation to get out of hand before credible measures are put in place to restore order into the city.

To do this, the current impunity on the part of residents must give way to an era of respect for law. Any intervention will be fruitless if no measures are put in place to promote respect for law.

Residents must accept the fact that Kumasi is governed by rules. It is these rules that regulate the way activities are ordered in space.

Therefore any disrespect for these rules is a recipe for chaos, as is evident from the comment by my friend, the trotro driver, cited in the beginning of this article.

Infraction of the law should attract so stiff a penalty that there should be very few options other than obeying the law.

Furthermore, there is the need for the city authorities to popularize the various plans that they have designed for the metropolis.

The culture of popular participation in development planning appears to be relatively new in the country.

Even in cases when some semblance of participation is encouraged, it is done for the sake of it and not because the authorities want to achieve anything concrete.

When people participate in the processes of plan preparation, they are more willing to help in its implementation.

Drivers cannot be expected to adhere to rules whose origin they do not even know. Participatory planning has become more of a democratic right now than a mere part of the planning process.

Residents must be exposed to the land use plan of the metropolis indicating the various land uses so that they can appreciate the need to make it work.

It should be possible for the ordinary Kumasi resident to know what the city would look like in the next fifty years, for instance.

Clean, comfortable, livable cities are no longer a utopian concept. It is an achievable objective that we can all strive towards achieving. Other countries have been able to do it. Why can't Ghana?