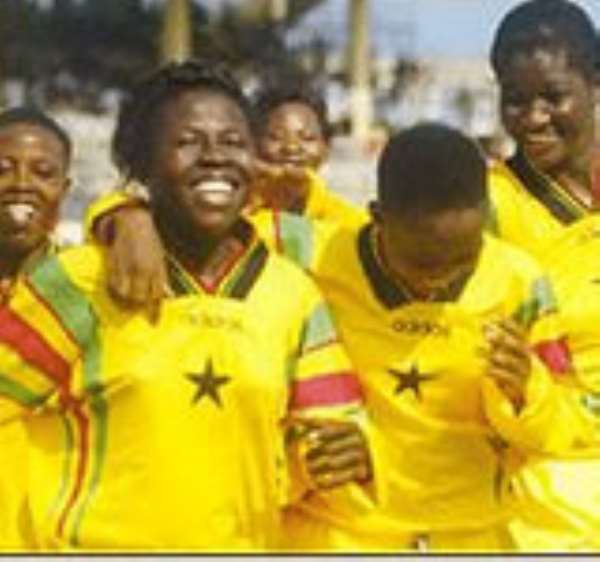 
An injury time individual brilliance from Florence Okoe gave Ghana's Black Queens a 2-1 win that sent them riding high in their Olympic Games qualifier against the Bayana Bayana of South Africa at the Ohene Djan Stadium, Accra on Sunday.

The half fit Okoe who fared ordinarily throughout the duel, produced a masterpiece reserved for her sort in the stroke of proceedings when she picked a ball just around the South Africans goal area, sent a volley that zoom into the roof of the net to put the Queens campaign on course.

The Ghanaians had laboured all day for the three points that now maintains them at the summit of the table with nine points as they trailed the South Africans for two minutes in the game.

The South Africans took the lead on the 13th minute through Veronica Phewa after the striker had been picked out by playmaker, Portia Modise.

Phewa rounded off Ghana's goalkeeper Memunatu Suleiman before planting the ball into the net.

Two minutes on, Ghana pulled even through Safiatu Abdul Rahumu who was recently promoted to the team.

Chances were reduced to scanty as both sides toiled in vain to get another goal.

Just when all was pointing to a drawn game that would have rocked Ghana's dreams of answering the roll call at the Beijing Games, Okoe made the difference with that ingenuity.

Ghana's next assignment will be against the Super Falcons of Nigeria in March where a draw could give them a maiden appearance at the quadrennial event.