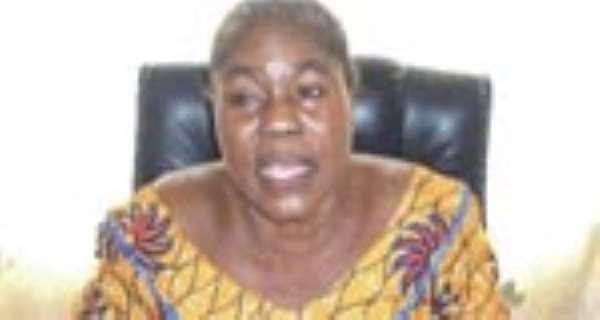 THE CAPE Coast Metropolitan Assembly (CCMA) has exceeded its revenue target of ¢2.2 billion for this year.

The assembly has been able to collect ¢2.3 billion from January to September 2007, which represents about 4.9 per cent excess revenue at the end of September.

Madam Arhin attributed the assembly's success in exceeding its target to the engagement of private individuals in the collection of revenue, setting a realistic target for assembly's collectors and upgrading of their skills, among other measures.

She pointed out that the assembly's expenditure as at the end of September stands at ¢2.228 billion as against a budgeted figure of ¢2.9 billion representing 76.8 per cent.

The MCE made it known that the assembly is benefiting from the “Schools Under Tree” programme and that it is going to provide six schools with new classroom blocks.

Madam Arhin, touching on the distribution of energy saving lamps in the Metropolis, said a total of 200,000 pieces was secured by the assembly for distribution, adding that, as of last two weeks, a total of 150,000 pieces have been distributed.

The MCE appealed to the Electricity Company of Ghana (ECG) and other organisations to support the assembly financially to maintain street lights in the Metropolis so as to provide adequate security and beautify the town at night.

He said measures are being put in place by CCMA to print property bills to enhance payment of property tax indicating that bills would be issued as is being done by the ECG and Ghana Water Company.

Government extends electricity to seven communities in Savan...
45 minutes ago