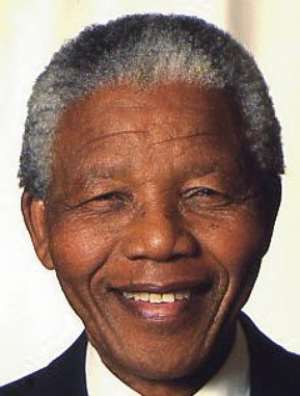 Nelson Mandela's extraordinary leadership qualities and achievements are to be recognised today by the Mo Ibrahim Foundation. He is to be made an Honorary Laureate of the Ibrahim Prize for Achievement in African Leadership. The award will be officially announced at a gala ceremony at the Bibliotheca Alexandrina, Egypt, this evening.

Dr. Mo Ibrahim says, “Nelson Mandela stands as an inspiration, in South Africa and throughout the world, to all who share his devotion to democracy and equality. In presenting this Laureate, the Foundation would like to celebrate his extraordinary achievements and support the important work of the foundations he has established.”

In a statement Nelson Mandela says, “We are proud to be the Foundation's Honorary Laureate and we accept it on behalf of all those across the continent, and indeed the world, who made it possible for us to stand here today.”