The Anlo Row •The Inside Story 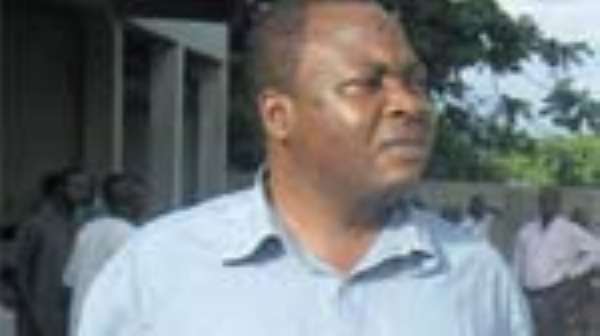 Thursday, November 1, 2007 will for a long time be remembered as one of the darkest days in Anloga: For, less than 24 hours after he was kidnapped, General-Constable Moses Daba (Service Number 399560) was murdered and his body dumped in the Keta lagoon near Lashiebi Torkor in the Volta Region.

Three civilians were also killed, while several others, including women and children, sustained various degrees of injury in a clash that was sparked off by news of a planned installation of a paramount chief, Togbui Sri III, in the area.

DAILY GUIDE brings to you a ringside account of the day's events.
Contrary to allegations made recently by the leadership of the opposition National Democratic Congress (NDC) at Akatsi that the government had a hand in the bloodbath, this paper has learnt that all four victims in the violence were killed by residents of Anloga.

Impeccable evidence available indicates that the 'Field Commander' of the operation, Assistant Superintendent of Police (ASP) Mifetu, who was at a point explaining his mission to some locals, incidentally became the first victim of a well-planned attack.

Having been shot in the leg with a locally-manufactured pistol, the youth took advantage of an ensuing melee to kill four people, including Constable Daba, Israel Ahadzi, 28; Mawuko Tugba, 47 and Mama Senyo, 48.

Ahadzi, Tugba and Mama Senyo (all civilians) died from direct bullet wounds, but the police officer went through a rather gruesome ordeal, including a suspected ritual, at the hands of his captors.

According to evidence available, some Kingmakers and elders of the area had converged on Anloga, the traditional capital, in anticipation of the performance of final rites for the installation of Mr. Francis Nyonyo Agboada, an Accra-based businessman and Regent of the place, as the substantive Awoamefia to succeed Torgbui Adeladza III, who had passed away eight years ago.

And for this reason, officers of the Awoamefia Stool Secretariat notified the Keta Divisional Police and requested for assistance.

“The Royal Adzovia Clan has decided to consummate the installation process of the Awoamefia by confirming Regent Torgbui Sri III as the new Awoamefia”, and requested the presence of some police personnel.

The police command, in response to the request, on Wednesday October 31st, dispatched some 20 men to the area. Only eight of them were armed with rifles, while the rest, who wielded only truncheons and handcuffs, were not that battle-ready.

Unknown to the police, a number of male youth, well over 200 in number, who had positioned themselves in front of the main gate of the Awadada (Chief Warrior) of Anlo, Torgbui Awusu Agbesi, had a diabolical intention. The Awadada was not present and according to sources was outside Ghana.

Armed with locally-manufactured pistols, and well-sharpened machetes and clubs, they took the police personnel by surprise, and in a guerrilla-like manner, attacked the peace officers from all directions.

The unsuspecting ASP Mifetu was addressing a number of the youth on the mission of the police in the town when one of them fired the first shot.

DAILY GUIDE's intelligence gathered that Constable Daba of the Volta Regional Police Task Force, Ho, demonstrated the highest sense of courage, but he soon became the second victim of the mob attack.

He was said to have rushed to the rescue of his fallen commander and attempted to carry him to safety, only to be hit with a club on the head from behind.

Having fallen unconscious, two of the youth, identified as Joko and Lorlor, then took advantage of the situation to snatch the rifles of ASP Mifetu and Constable Daba.

Another officer, Aikins Darkey of the Keta Division was spontaneously hit in the leg with a big stone, rendering him partially incapacitated.

Then came the youth's 'blood-spilling' moment.
Joko, now armed, instantaneously went into action, and in a Rambo-style, shot indiscriminately at the crowd.

Even though he intended to kill other police officers around, the shots from his 'freshly-acquired rifle' were misdirected at his own colleagues, Ahadzi and Tugba, killing them instantly.

The inexperienced Joko again killed his single female victim on sight, Mama Senyo, 48, who was on her way to the market.

No sooner was the first scene over than the youth, one of whose name sounded like Atsakpo, dragged the unconscious Daba into the compound of the Awadada. That was the last time he was seen alive.

The Constable's dead body, with a rope tied to the neck, and bearing multiple bruises, was discovered in the Lagoon 12 hours later by a search party.

Apart from the glaring strangulation, fresh blood gushed from the nose and forehead of Daba. A team from Accra, including the Interior Minister, Hon. Kwamena Bartels, that visited the area on Friday, 2nd November, said they spotted some blood in the compound of the Awadada, and had taken samples for investigations.

As at the time of filing the story, the two police rifles, the boots and the uniforms of the fallen peace officers, were yet to be retrieved. Seven out of the nearly 70 suspects initially arrested have been remanded into prison custody.

Among those who accused government of being behind the bloodbath was the former president, Flt. Lt. Jerry John Rawlings, but the acting stool-father, Albert Kwasi Sadika, in a quick response, rubbished the allegations, saying it was a diabolical ploy to score cheap political points.

He asked the former president and other non-royals to steer clear of chieftaincy-related matters in Anlo.