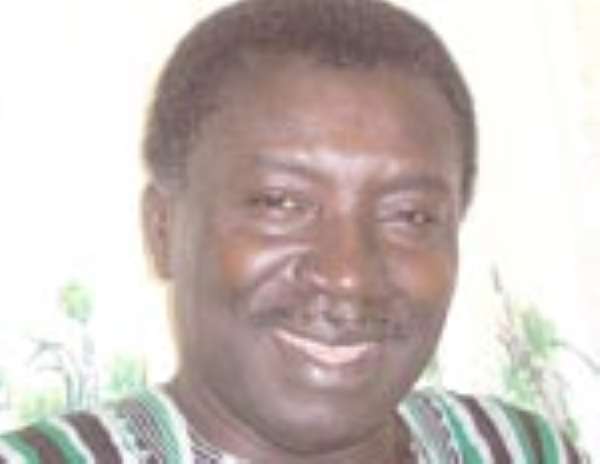 Professor Kwabena Frimpong-Boateng, a flagbearer aspirant of the ruling New Patriotic Party (NPP) has observed that he has the capability to unite members and win more votes for the party.

“I am a compromise candidate capable of eliminating intra and inter party antagonism, a disposition essential to attract floating voters.

“I stand out among the lot as the most affable, politically mature with an unblemished reputation both in private and in public life, internationally exposed and highly connected, high diplomatic negotiation skills and ability to work with every Ghanaian irrespective of one's political background.”

Prof. Frimpong-Boateng, a former Chief Executive Officer of Korle-Bu Teaching Hospital, made these statements when he met with the press on Sunday at Takoradi after interacting with NPP executives, opinion leaders and polling station chairmen as part of his campaign tour of some constituencies in the Western Region.

He said NPP must reduce intra party antagonism, bickering and any negative tendencies that had the potential of derailing the party's quest to retain power, adding that the party must make political history by electing a flagbearer with the ability to calm the anxieties of losing candidates and their supporters.

Prof. Frimpong-Boateng, who is also Cardiothoracic Surgeon credited as the first black person to perform heart transplant, believed that his track record of personal accomplishment had prepared him enough on the principles of governance.

The President of the Ghana Heart Foundation and former President of the Ghana Red Cross Society urged NPP executives, potential delegates, foot soldiers and large supporters to maintain high level of decorum even as they are bombarded daily with messages from the 19 aspirants in an attempt to win their votes.

“I share the difficulties you are going through now, but I pray that you maintain your composure not to sacrifice the permanent on the altar of the immediate; you must consider the future of the nation and choose who among the lot has the capacity and capabilities to rule the country and bring accelerated human-centred development.”

The presidential aspirant, who had his secondary education at Sekondi College in the Western Region, told potential delegates that “I entered into the contest to become the flagbearer our great party needs for Elections 2008 to address the challenges of the nation.

“I am into politics to fix it all; I have done it before and I have the capacity to mend the nation. There is, therefore, no denying the fact that the quality of leadership that I will offer would directly influence the success of Ghana.”

He said an important function of leadership was to inspire those being led to greater achievements so as to gain competitive advantage over other countries in the globalize market.

“One of the most universal cravings of our time is a hunger for compelling and creative leadership. I stand for prompt, vigorous action, and I challenge the delegates to cast their vote for Prof. Kwabena Frimpong-Boateng as the flagbearer of the NPP for Elections 2008. This is the time to elect a winnable candidate for the party.

“Prof. Kwabena Frimpng-Boateng would inspire a new vision and enthusiasm in Ghanaians. Kwame Nkrumah's dynamism contributed to the political emancipation of the African continent. J.B. Danquah's unflinching belief in democracy and the rule of law laid the foundation for a political system, which had survived decades in the opposition.”

He said it was very obvious that there had been crisis with leadership for many years now, adding, “the current political and economic problems besetting our country stem from the leadership crisis being experienced by our country over the past decades”.

“The signs of a leadership crisis are alarming and persuasive.

There is a widespread loss of faith in our major institutions such as the judiciary and law enforcement agencies generally.

“There is an alarming breakdown of traditional values and discipline; corruption is more or less institutionalized and no serious attempts are being made to fight it; there is total disregard for environmental sanitation; and our pride as a people capable of playing our role on the international scene has been totally eroded.”

The former Korle-Bu CEO reiterated that NPP delegates must elect a leader who had the capacity to transform the nation, saying every nation needed a relatively long period of peace, be it real or forced, to achieve any meaningful socio-economic and above all technological development.
GNA