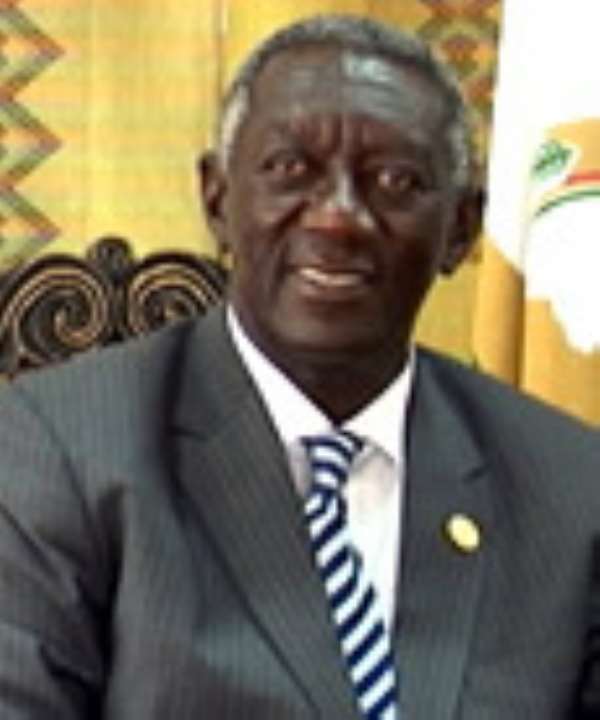 A statement signed yesterday by Mr Andrew Awuni, press secretary to the president, said the compliments had come from distinguished personalities within Ghana and abroad, extending best wishes to President Kufuor.

'The messages largely share in the distress resulting from the incident, which potentially would have been more disturbing save the President's narrow escape. 'To this, the well-wishers convey their sympathies praying for his speedy recovery while renewing pledges and immense support for the administration.'

The presidential convoy was last Wendesday involved in an accident on the Airport - 37th Military Hospital Road but the President escaped unhurt.

The statement said hours after the incident, President Kufuor who was examined by his medical officers, was back at his desk to perform his official duties, granting audience to two separate delegations of chiefs from the Western and Eastern Regions.

Meanwhile, President Kufuor had had to review his official engagement for the day including an earlier scheduled participation in the investiture ceremony of President Ernest Bai Koroma of Sierra Leone, to allow for some rest.