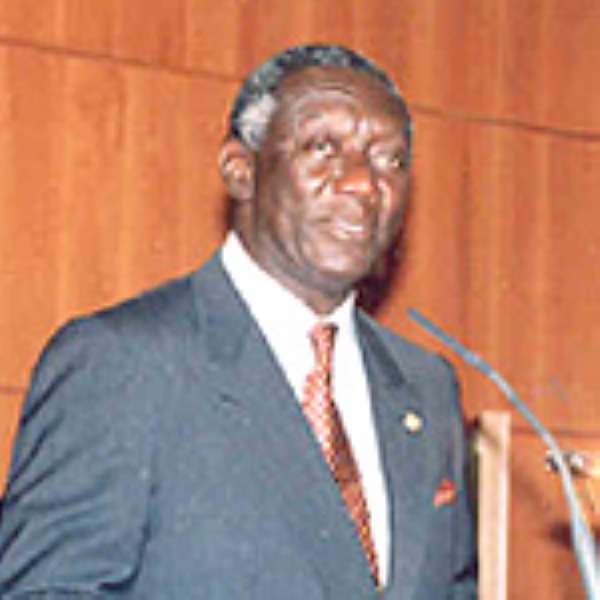 John Agyekum Kufuor has expressed gratitude to Ghanaians and the world at large for their goodwill and encouraging messages, after he was involved in a motor accident on Wednesday.

He escaped unhurt, the near-fatal accident on the Airport Road – 37 Hospital road late morning while on his way to the Castle, Osu for official duties.

A Benz saloon car is reported to have crashed into the President's car, sending it summersaulting a couple of times before landing on its side with the President and his driver trapped in it.

President Kufuor was particularly grateful to a number of young men who he said readily came to his aid and assisted his security team to salvage the situation.

Family members, including his wife Madam Theresa Kufuor, Vice President Alhaji Aliu Mahama, friends and close allies visited him at the Castle to sympathize with his predicament.

He later interacted with the Castle Press Corps.