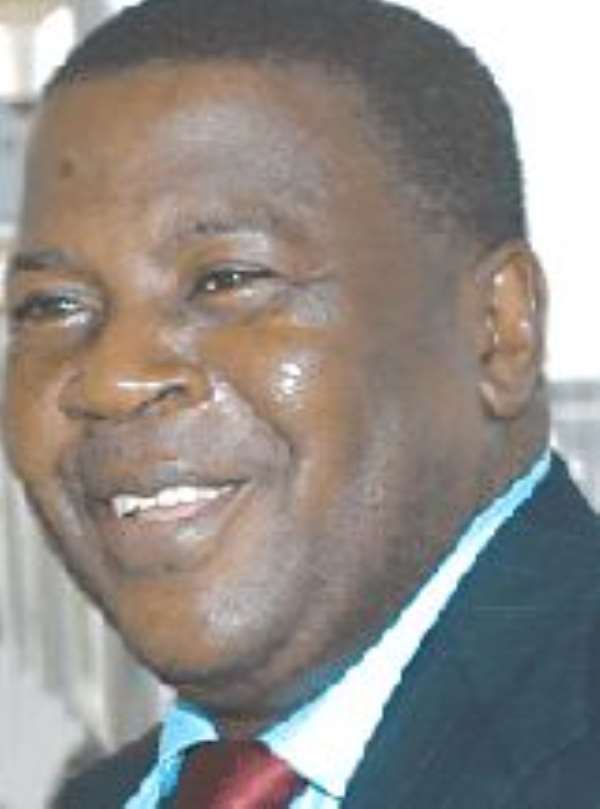 The Vice President, Alhaji Aliu Mahama, has warned that the government will deal with anyone caught sabotaging its energy conservation efforts.

With particular reference to the imported energy efficient lamps meant for free distribution throughout the country, he said there were reports of some people selling the bulbs instead of distributing them for free and described the practice as unacceptable.

The Vice President, who gave the warning when he joined the chiefs and people of Ejura to celebrate their annual Yam Festival at Ejura in the Ashnati Region at the weekend, therefore asked the people to report anyone selling the lamps to the security agencies for prompt action.

It has been identified that the use of incandescent bulbs in the country was consuming several hundreds of megawatts of energy.

It is for this reason that the government deemed it fit to import energy-saving bulbs for free distribution to every household as a pragmatic measure to conserve energy in the country, which has just emerged from a severe energy crisis that almost crippled the economy.

Alhaji Mahama explained that should people be asked to replace their old bulbs at their own cost, the process would be slow, hence the decision by the government to buy and distribute them free of charge to ensure a successful energy-saving exercise.

“The Ejura Sekyedumase District alone has received 100,000 energy-saving bulbs and they are to be distributed to the people free of charge,” he added.

On development projects, the Vice President said a key intervention coming to the district was the agricultural component of the Millennium Challenge Account, under which the district was expected to receive investments in potable water facilities, schools, rural electrification and feeder roads.

“I believe that this broad ranging development project would have more impact if the people, with the support of their chiefs, truly understood what was in the pipeline,” he said.

Alhaji Mahama also mentioned the significance of a festival such as the Yam festival, which is used to regulate the farming season and also marks the beginning of the period when fresh yams are to be consumed, and said “though in this era, these traditional practices may not be as strict as before, they still help to shape the attitudes and perceptions of the people”.

“To this end, I want to urge Nananom to progressively modernise the way festivals are celebrated,” he said and added that “since it is an occasion which helps mobilise most of the people who belong to a traditional area from far and wide, we can enhance the activities with serious discussions of government policy”.

He commended the Omanhene of the area, Nana Kwaku Safo Kantanka II, for his untiring efforts to bring development to the people and pledged the government's support to enable them to achieve their aims.

Dr Joshua Ayarkwa, the District Chief Executive for the area, asked the people to take the festival as a homecoming event and endeavour to come home at least once every year and on that occasion.

He said while the government and the business community were imparting knowledge and equipping the youth with skills through formal and informal education, apprenticeship, training and other schemes, it behoved traditional areas and religious bodies to conscientiously see to the upbringing and change in attitude of the people.

Nana Kantanka, in his welcoming address, called on the government to upgrade the senior high school in the district to a model school, and also provide the area with a fire service van.

He also called for police patrol vehicle and an improvement in the marketplace for the people since it was one of the biggest and busiest after the Techiman market.