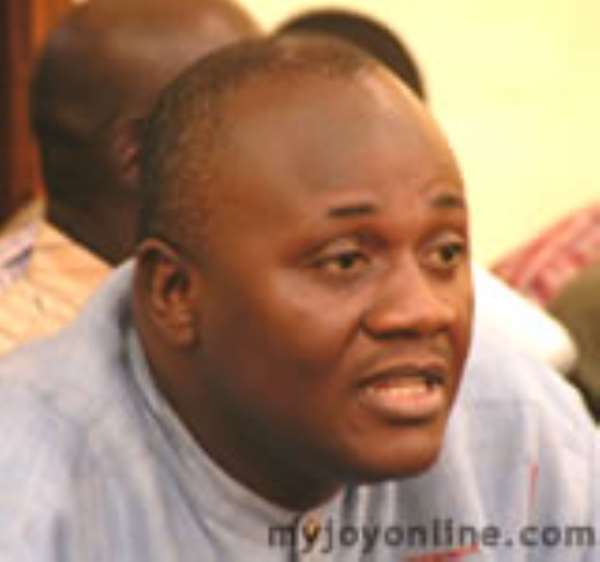 
Contrary to the erroneous impression created that some old guard aspirants of the ruling New Patriotic Party (NPP), are clearly ahead of the young ones, The Independent has stumbled on facts that suggest that, that impression could be everything but the whole truth.

Information reaching The Independent from regional correspondents corroborated by snippets of information from some constituency executives suggest that, barring any unforeseen circumstances and last-minute skirmishes from any quarters, Mr. Dan Kweku Botwe, former General Secretary of the NPP, could be the man to beat at the December 22 congress of the party.

Our credible sources say, out of the blue Mr. Dan Botwe's popularity has soared in the regions, particularly in the constituencies, following his recent tour of some regions to drum home to both the known and unknown delegates the message of his competence and desire to exploit his youthfulness to make things happen.

Our sources said, Dan Botwe's magic wand for his rising popularity is his hard work and respect for party supporters and activists at the grassroots coupled with his intelligence and competence at organisation, which saw the party wrestling power from the National Democratic Congress (NDC)in 2000 and retaining it in 2004.

That, The Independent can confirm, has thrown some old guard aspirants and their supporters into a state of panic, where they are left wondering how Mr. Dan Botwe's popularity could just soar out of the blue.

According to some constituency executives who spoke to our correspondents on condition of anonymity, Mr. Dan Botwe has endeared himself to the various constituency officers of the party as he has taken quiet but concrete steps to position himself strategically among the 19 aspirants.

The executives argued that, it is preposterous for anybody to suggest that, Mr. Dan Botwe is not a force to reckon with in the flag bearer-ship race of the NPP.

Two constituency executives confided in this paper saying. “Dan is the man to watch, he has been tried and tested, but for the others we have not actually worked with them so we cannot attest to the so-called competence they are touting about."

One of them queried, "If Dan Botwe, who has been twice General Secretary of the party, is not a big man in the party and a force to reckon with, then who is."

Meanwhile, Mr. Dan Botwe and some constituency executives have described as a caricature and public relations gimmick a "recent poll purported to have been conducted by Research International (RI), which poll puts Nana Akufo Addo, former Minister of Foreign Affairs, ahead of all other aspirants.

The constituency executives questioned the genuineness of the poll expressing surprise at the manner in which that poll was conducted.
The RI poll ranked Mr. Alan Kyerematen second, and Vice President Alhaji Aliu Mahama third.

The executives, who spoke to this reporter from the Central, Eastern and the Volta Regions, said, none of them were contacted by the pollsters about their choice of candidates for the party's flag bearer-ship race.

They wondered how RI arrived at its results and cautioned that, such polls create erroneous impressions and could serve as a recipe for chaos by the supporters of those ranked if their candidates, pronounced front runners by the poll, perform poorly at the congress.

The NPP executives said, even as at now the party does not know all its delegates to the December 22 congress so how can RI convince anybody that its poll is truly representative of the views of NPP delegates.

"After all, if indeed trey did a scientifically based poll they might have talked to people who have no power to elect a flag bearer, so what have they done," one of them observed and added, "Rather RI should have waited till the process of electing delegates is over to conduct a poll which could then be realistic."

They contended that in the election and installation of a Chief, it is the royal family and the kingmakers who matter, and not just anybody at all walking in the streets, so they should have waited for the right opportunity to talk to the party's kingmakers, the delegates.

In a related development, The independent has learnt that, Mr. Dan Botwe also former Information Minister, is scheduled to present his nomination papers to the party this week, which will be followed by a six-week intensive campaign, a member of his campaign team has hinted.

According to the campaign team member, the groundwork for that mother of all campaigns has been completed and that after this week, the former NPP General Secretary will embark on his final homestretch.