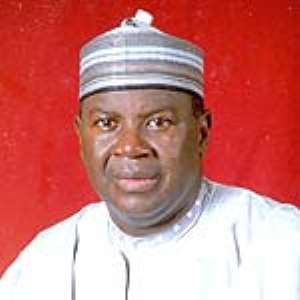 Vice President Alhaji Aliu Mahama at the weekend, noted that for the first time since independence, the ruling Government has shown that constitutional provisions of freedom of speech, movement and association are workable.

'We have respected human rights and fought for the rule of law,' he emphasised at the 70th Anniversary Speech and Prize-Giving Day of Abuakwa State College (ABUSCO) at Kyebi in the Eastern Region.

He said Kyebi was the home of Dr J.B. Danquah, the doyen of democratic politics of Ghana, stressing: 'Today, the NPP is the custodian of that illustrious legacy. Many were those in Ghana and beyond, who doubted if true freedom of the individual would work as a political model in Africa.'

'Today, our record of good governance speaks for itself. We have continued to build on the sacrifices of our founding fathers. We have stayed true to the tradition of creating an enabling environment for individuals to fulfil their talents.'

ABUSCO is marking the anniversary on the theme: ' ABUSCO @ 70-Consolidating Traditional Initiative in Promoting Quality Education To Face The Challenges of the Future.'

Vice President Mahama said since the students were the future leaders, they were partners in the difficult task of building Ghana into a great and prosperous nation.  He asked the teachers to live beyond reproach and given the students examples of good conduct, humility, punctuality, honesty, devotion and responsibility.

Vice President Mahama said ABUSCO would be transformed into a model college, paving the way for a school bus, while all access roads to the academic facility would be rehabilitated.

Mrs Angelina Baiden-Amissah, Deputy Minister for Education, Science and Sports, said ABUSCO was the first traditional and community sponsored pre-tertiary to be established in the Eastern Province of the Gold Coast.  Nana Sir Ofori Attah I inaugurated ABUSCO, on 11th October 1937.

Mrs Baiden-Amissah noted that education is a means of eradicating poverty, diseases and hunger and asked the students to seek information from books, articles, magazines, speeches and whatever is worth reading.

'Knowledge is power. Therefore my dear students seek knowledge and you will be empowered for life in the future. We need you to be efficient managers of the home, teachers, lawyers, doctors and whatever one can think of.'

Mr Frederick Opoku, Headmaster said the pursuit of education should be able to combat moral decadence, unemployment, poverty and diseases, which hindered development. He said the school was faced with lack of accommodation for the teaching staff, assembly hall, computers and computer laboratory, inadequate classroom facilities and dormitory blocks.

Professor S.K.B Asante, Fellow of the Ghana Academy of Arts and Sciences, who delivered the anniversary message, said the occasion was a fitting tribute to Nana Ofori Attah, the 'indomitable King'' for his vision, forward looking and enduring legacy to Ghana and Okyeman (Kingdom of the Akyems).  He called on old ABUSCANS to establish endowment fund for the development of their alma mater.

Nana Susubribi Krobea Asante, Omanhene (Paramount Chief) of Asante Asokore Traditional Area, who gave the keynote address, said traditional initiatives in education fell into broad categories such as the provision of land and other facilities for educational establishments and the construction of schools, colleges, universities and accommodation for staff of the institutions out of their own resources.

He said chiefs also assumed personal responsibilities for the education of children and royal family members and the establishments of scholarship schemes to facilitate the education of deserving youngsters in various communities at secondary and tertiary levels.

Nana Krobea Asante said traditional authorities had also contributed to the formulation and implementation of educational policies and programmes at the national level and education of communities generally about the prevention of diseases, good environment practices and the imperatives of development.

Sensitize School Children On Wearing Face Masks Before And A...
41 minutes ago