Dagbon no longer the “Waterloo” for political battles 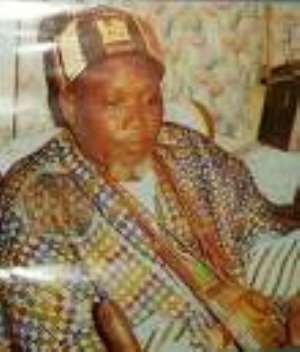 Elections year 2008 is not here yet, yet some irresponsible politicians and individuals are already, covertly and overtly, making misguided statements and promises to Dagombas regarding the Dagbon chieftaincy issue in an attempt to win their favour and votes.

Such misguided statements and promises are aimed at nothing but mischief and at stoking and inflaming passions and tension among Dagombas.

Such self-centered political predators who promise to force a political settlement in the chronic Dagbon chieftaincy issue, if given the targeted Dagomba votes and support, are potentially putting the lives of innocent Dagombas at risk, while sitting back in their comfortable homes outside Dagbon.

Further, such individuals want nothing good for Dagombas but the perpetuation of disunity and destruction, which, unfortunately, sometimes leads to the loss of lives.

Fortunately, a good majority of Dagombas have come to realize that some politicians ride on the back of the Dagbon chieftaincy issue to nurture their egocentric ambitions to become heroes for whatever groups or factions they affiliate with, and by that, aim at unsettling the relative peace that others worked so hard to bring about.

For the information of those irresponsible politicians and individuals who want to become heroes in Dagbon by all means, Dagbombas already have their heroes and do not need another hero. Dagombas already have their heroes in the peacemakers, thus the Otumfuo Mediation Committee of Eminent Chiefs, (The Ashantehene, The Nayiri, and The YegbunWura) who worked so hard to bring about the relative peace in Dagbon today, and whose efforts have prevented the further loss of lives in Dagbon thus far.

For the information of those misguided politicians and individuals who want to become heroes in Dagbon by means of force and not dialogue, Dagombas already have heroes in the numerous individuals and Non Governmental Organizations (NGOs) that have worked so hard to see to the relative peace that currently reigns in Dagbon today and have avoided further loss of lives.

For the information of those bigots who want to become heroes in Dagbon by non peaceful means, Dagombas already have heroes in all the decent politicians and Dagbon chiefs who have worked so hard to achieve the relative peace that Dagbon enjoys today and have forestalled the loss of additional lives.

Dagombas have had enough of political interference and manipulation in the Dagbon chieftaincy issue and are now determined to resolve the traditional issues by a peaceful, traditional approach; not by force or by the gun, and to cut the artificial umbilical cord linking national politics to Dagbon chieftaincy which has, hitherto, poisoned and destroyed the Dagomba State.

In short, it has to be said that a desperate man is a dangerous man, and those politicians and individuals who are desperate to win votes and support of Dagombas or wish to become heroes by making promises and statements that are potentially disastrous may, in the end, create confusion and chaos that will possibly lead to loss of innocent lives in Dagbon. Those politicians and individuals should stay clear of using the Dagbon chieftaincy issue as their political campaign weapon because Dagbon is no longer the Waterloo of Ghana's bloody political battles and we simply don't need another hero.