We Prefer Darkness to Nkrumaism 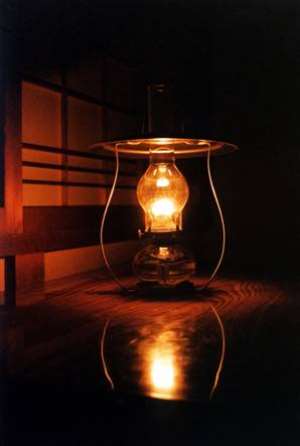 It is a crying shame and darn pity that Mr. Kwesi Pratt, Jr., should be named Publicity Chairman of the rump Convention People's Party (CPP). Then again, isn't this fossilized party just exactly what its name implies – the rump of a pseudo-socialist party that never learned or knew any form of civilized, substantive mode of governance besides fatuously and vacuously genuflecting before a neo-Trojan equine of an ideology called “Nkrumaism.”

Thus in his latest spillage of swill, Mr. Pratt blames the ruling New Patriotic Party leadership, rather than his own gross administrative incompetence, for the auspicious overthrow of Mr. Kwame Nkrumah and his tautological Convention People's Party on February 24, 1966. And in a rather quixotic logical leap that is the hallmark of Nkrumaist ideologues, Mr. Pratt also draws a synonymous parallel between the African Show Boy's logical comeuppance and the raging energy crisis in the country.

Interestingly, but hardly surprisingly, Mr. Pratt also claims that on the very day of his ouster, “Soviet engineers [at the especial invitation of the African Show Boy, had] arrived in the country and moved to Bui to begin the construction of the Bui Dam but Nkrumah's overthrow jettisoned all those [sic] plans he had for the country's energy supply system” (Daily Graphic 5/2/07).

The preceding quote, or paraphrase, is quite interesting because during the latest monthly discursive forum of the so-called Socialist Forum of Ghana, Mr. Pratt also had the temerity to demand why it had taken the Kufuor Administration six years before getting around to considering the implementation of a new transportation policy for the country.

Perhaps it would be more appropriate to ask Mr. Pratt, who is also the editor of the so-called Insight newspaper, why it took President Nkrumah a whopping 15 years to move the purported Soviet civil engineers Up-North to supposedly work on the Bui Dam? [Another devious attempt by these Nkrumacrats to claim an undeserved first, of course]. And then to tarry until the very day on which the good and long-suffering people of Ghana, staunchly backed by their loyal Armed Forces, decided to show the extroverted African Show Boy the exit door to Pan-Africanism-Dom?

But even more importantly, it behooves the Insight editor to explain to the great citizens of Ghana why, if, indeed, the Russians were capable of matching Anglo-Italo-American civil engineering capacity and capability, the left-leaning African Show Boy had not used the Russians earlier on to construct the Akosombo Dam?

It is also hilarious when the Socialist Forum operative claims that: “A 2006 World Bank report which an [unnamed] Accra newspaper published indicated to the government a year in advance that the [Akosombo Dam] would be generating less than 50 percent of the country's power requirements [in the near future?] and yet the government refused to act on that report” (“Blame Energy Crisis on 1966 Coup – Pratt” Ghanaweb.com 5/3/07).

Just what the rump CPP publicity chairman wants his readers to make of the preceding claim is not quite clear. One thing, however, is glaringly evident; Mr. Pratt and his Comrades are a veritable bunch of quixotic cynics who want to, literally, eat their proverbial cake and have it, too! For just when did these rag-tag posse of pseudo-socialist ideologues become front-seat students, or disciples, of the World Bank? And then meticulous readers and devotees of that “arch-imperialist” agent of globalization's “neocolonialist” reports?

Recently, Ghanaians woke up to the ghoulish screams of a Dr. Sekou Nkrumah, reported to be the scion of the African Show Boy, spewing some “anti-imperialist” invectives at the West. The spitting image of the Show Boy also announced his patently ineffectual defection from the rump CPP into the so-called Provisional National Democratic Congress (P/NDC). One plausibly supposes that this was a barely veiled demonstration of eternal gratitude for Chairman Rawlings' gesture of erecting a mausoleum for the Show Boy.

And now talking of the P/NDC, one wonders why Kwesi Pratt never mustered the pluck to ask Comrade Jeremiah John Rawlings, during those lunatic marches sponsored by the so-called Committee-For-Joint-Action (CJA), why Sogakope's own Togbui Agbotui did nothing substantive and lasting about the energy crisis during the two long decades that he, literally, held Ghanaians by their balls? Not that one has any illusions about Mr. Pratt's possession of the same or lack thereof, for that matter. At least yours truly was in Ghana in 1998, during the months of May and June, and witnessed the Stygian darkness into which Professor John (Fifi) Atta-Mills' boss had callously plunged our beloved country.

And so how could any member of the so-called P/NDC capitalize on the raging energy crisis to wreak havoc on the indomitable New Patriotic Party, come Election 2008, as the rump CPP publicity capo is insisting?

The author has 5094 publications published on Modern Ghana.