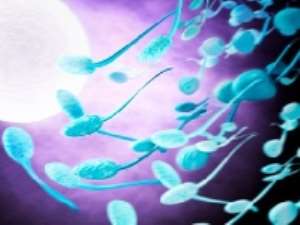 Diabetes may be damaging men's sperm, which could affect their fertility, British researchers said on Wednesday. In one of the first studies to compare DNA in sperm from diabetic and non-diabetic men, the researchers found more DNA damage in sperm cells of men with diabetes -- a possible sign of reduced fertility.

Researchers at Queen's University in Belfast, Northern Ireland, studied sperm from 27 men with type-1 diabetes, with an average age of 34, and 29 non-diabetic men of similar age.

They found that while semen volume was lower in diabetic men, all other measures including sperm concentration, output, form, structure and ability to move appeared normal.

But when they looked at the DNA, they found much more damage in the sperm of diabetic men.

Sperm damage can impair male fertility and has been associated in couples with a history of miscarriages, they wrote in the journal Human Reproduction.

They recruited their volunteers from a center for endocrinology in Belfast and among men who had sought to have their fertility tested.

Type-1 diabetes, also called juvenile diabetes, is caused when the body mistakenly destroys cells in the pancreas that secrete insulin. The more common type-2 diabetes is linked with obesity, poor diet and lack of exercise.

Because the volunteers who were not diabetic were men seeking fertility treatment, the researchers said they may also have more damaged sperm than the average man.

"Any significant differences demonstrated between diabetic men and this control group would be of even greater significance if compared with a fertile population," they wrote.

The researchers said the study was small and more research was needed to understand just how diabetes damages sperm and what it might mean.

But given the rise in diabetes globally, the issue may be of increasing concern, they said.

Reopening Of Schools: Not Testing Students, Staff Dangerous,...
44 minutes ago