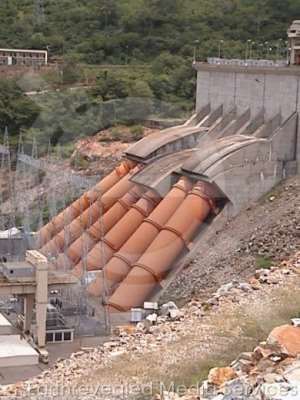 Mr Joseph Kofi Adda, Minister of Energy on Thursday gave the assurance that the government was tackling the energy crisis from a well-thought out approach designed to address the problem to meet the short, medium to long term needs.

He was speaking at a press conference to react to a statement made by Professor John Evans Atta Mills, flagbearer of the National Democratic Congress (NDC) that the government had failed Ghanaians due to its inability to solve the energy crisis.

Flanked by Mr. K.T. Hammond, Deputy Minister of Energy and Mr. Kwamena Bartels, Minister of Information and National Orientation, Mr Adda said government was focused to solve the problem in the best interest of the nation and advised Ghanaians not be deceived by the NDC as they could not solve the energy problem when they were in power.

He said Professor Mills accused the New Patriotic Party's (NPP) government of reversing all the important steps that the NDC initiated in the energy sector as well as engaging in falsehood, deception and diversionary tactics rather than making efforts to solve the problem.

Mr. Adda said unfortunately, Professor Mills did not spell out a single case of falsehood, deception and diversion of facts as alleged but rather the Kufuor administration had brought the facts into the public domain with experts in the country currently discussing the energy issue.

He said the current energy crisis facing the nation was not an exception to the era of NPP administration, citing instances where the water levels in the dam had gone below the 240 feet in the past years.

He said it was on record that the water level had gone below the minimum level nine times, of which five times was during the PNDC/NDC regime.

He stressed that government had no intention to place the Akosombo Lake at risk and that there had been clear plans of action to deal with the situation, while ensuring that the long-term sustainability of the energy sector was not jeopardized.

Reacting to the statement that President Kufuor willfully gave out information to Ghanaians that was not accurate, the Energy Minister said it was true as stated in the Sessional address that Ghana was to benefit from a 200MW of power from Nigeria and Cote d'Ivoire within a fortnight.

He explained that as had been the normal procedure, the President consulted with his colleagues from the two countries who agreed to support Ghana with the 200MW, consisting of 120MW from Cote d'Ivoire and 80MW from Nigeria.

"While Nigeria succeeded in delivering 80MW to Togo and Benin with difficulty, they could not give anything over and above to Ghana. The Ivory Coast also was unable to keep their end of the arrangement as they faced serious difficulties..."

"And as we speak now, they have resorted to load shedding between April and June. Indeed the Ivorian Minister had to personally come to Ghana to apologise and explain the circumstances," he said.

On allegations that the NDC government left behind a policy document to reform the energy sector, the Minister said he did not inherit any such document.

He stated that while it was true that the PNDC/NDC government took steps to introduce thermal generation into the energy mix, the VRA Aboadze thermal plant did not operate efficiently.

He said the NPP government had to invest considerable amount of money to improve its operational efficiency and reliability till date.

He said the handling of the project was taken over by the Volta River Authority (VRA) from the Ghana National Petroleum Cooperation (GNPC), which had then gone technically bankrupt.

"Neither the GNPC nor government had paid for shares in the project and since the VRA was ultimately going to be the beneficiary of the project it was thought prudent that the VRA should manage it," he said.

Mr Adda said contrary to Prof Mills' assertion that the Osagyefo barge was relocated to Tema to take advantage of the WAGP system and that the regional figure of 50 million US dollars was only an estimate, the final figure was far below that.

Reacting to a statement by Dr Wereko-Brobby describing the machines imported to augment the energy of the country as toys, Mr Adda said those statements must not be taken seriously as they would not contribute to solving the problem in any way.

He said the machines were not toys as alleged but were live machines, which countries like Turkey and Tanzania had requested to add unto their power generation.

Mr Adda said the current energy situation called for a more focused leadership to resolve the problem and that was exactly what the Kufuor administration was doing.

Journalists at the press conference however, expressed regret about the manner in which Politicians had taken the country for granted by blaming and counter-blaming each other instead of finding a lasting solution to the problem.

They said there was the need to focus on the issues at stake to take the country out of the crisis, adding that refusal to do this would result in more hardships and discourage investors from investing in Ghana.