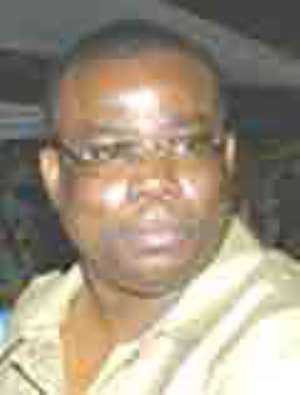 The Vice President of the American Branch of the ruling New Patriotic Party (NPP), Nana Agyei Yeboah has advised aspiring presidential candidates of the party to be aware that money cannot influence the decision of delegates at the party's congress expected to be held later this year.

He told The Chronicle in an interview over the weekend that, as far as he and his colleagues in the United States of America were concerned, demonstrated competence and commitment to party would be the main basis for selecting the presidential candidate of the party for the
next general elections.

Speaking to the paper from his base in the United States, Nana Yeboah stressed that if any Presidential aspirant of the party thought he could use money as a tool to secure the mandate of party delegates then that candidate should know that he is on a failure mission since, as he put it, at the appropriate time “we will fight against that and make sure the choice will purely be based on competence and commitment to party.”

He said delegates of the party have grown beyond the stage where politicians could use money to buy their votes. The Vice Chairman pointed out that his interactions with some party delegates had revealed that the people appreciated the need to select a viable candidate for the 2008 elections and would therefore select the best candidate for the party.

Nana Yeboah admonished delegates to bear in mind that the one to be chosen at congress would not be a president just for the party but someone who would then be seeking the mandate of the entire Ghanaian electorate to rule the nation and for that matter, the party needed to choose someone who had a clear record of achievement in his private life or as a Minister.

He further pointed out that the party's candidate would be competing against candidates of other parties so the party must have someone with an unblemished track record, a person who cannot be accused of being corrupt or incompetent.

Touching on the large number of presidential candidate aspirants in the party, the Vice Chairman said though it was not a bad development, there was the need for the leadership of the party to adopt stringent measures that would prevent possible break-ups, which can occur if the situation is not well managed.

“Yes, the large numbers is something good for the enhancement of internal democracy in the party but if the appropriate measures are not adopted it can also harm the party. In their campaigning, they are likely to say negative things about each other and when that happens and we don't take care, the party will be destroyed even before we go to the polls,” the American based NPP bigwig cautioned.

He told the paper that the membership of the party in the United States was increasing day by day and expressed the hope that the trend was due to the good works being done by the party in Ghana.

He congratulated Ghanaians for the massive celebration of the 50th Independence anniversary and advised citizens of the nation to remain united.

Reopening Of Schools: Not Testing Students, Staff Dangerous,...
56 minutes ago