Four in court over stabbing of schoolboy- Kodjo Yenga: From Congo not Ghana 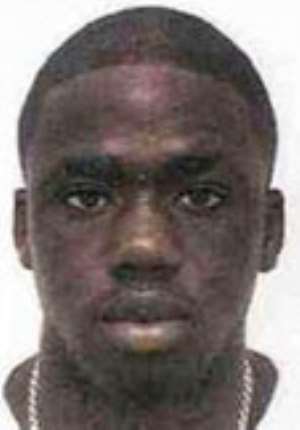 THE SCHOOL boy who was stabbed to death in the streets of London Kodjo Yenga, was born in the Democratic Republic of Congo, not Ghana as initially reported.

Four youths appeared in court Saturday, charged with the murder of Kodjo Yenga.

The teenagers, two aged 13, one aged 15 and a fourth aged 16, did not enter pleas and spoke only to confirm their names, birth dates and addresses when they appeared at West London Youth Court.

They are charged with murdering Kodjo, 16, of Portland Road, west London, on Wednesday evening in Hammersmith Grove.

Four teenagers - two boys aged 13, one 14-year-old and one aged 15 - and a 21-year-old man have been bailed to return to a West London police station in March.
Kodjo's mother Ladjua on Saturday paid tribute to her “beautiful, polite and loving” son.
She told the Daily Mirror: “Kodjo was a beautiful boy, very polite and loving. I loved him so much.
“He was ambitious, studied hard and was making something of his life. He wanted to go into TV and design and be a success.

“I just need to know why he was killed. I won't rest until I have the answers.

“I'll never get over this. I'm praying but it's hard. I feel empty.”

Kodjo died from a single stab wound to the heart after being “ambushed” while walking with his girlfriend.

The killing was witnessed by dozens of people, with at least 40 having already contacted police.
Officers are continuing their search for the murder weapon in gardens, skips and streets around Hammersmith Grove.

Dozens of well-wishers left tributes, in the form of graffiti messages, posters, candles and flowers, at a makeshift shrine close to the scene of the tragedy.

Speaking at the scene of the tragedy, Detective Superintendent Vic Rae said Kodjo was the victim of a meaningless and despicable crime.

He said: “I'm here to appeal for witnesses into the senseless murder of Kodjo, a young man who had his whole life before him.”

Asked about the nature of Kodjo's death, Mr. Rae said: “We are talking about the senseless taking of a 16-year-old boy's life. This is a meaningless crime and a despicable crime.

“We are looking at a nightmare come true for one young man and his family and friends.

“Our thoughts at this time must be with that young man's family and friends.

“But it's important to emphasise that in this area of west London this sort of incident is extremely rare.”

Kodjo Yenga, aged 16, was stabbed and left dying in a pool of blood after being chased down a street by a gang of boys and girls chanting, “kill him,” witnesses said on Friday.

The A-level student, who is believed to have been studying business and computer studies and French after gaining 10 GCSEs, died on Wednesday after being attacked by a group of youths.

One witness claimed they had acted like a “lynch mob”.

Friday night, his girlfriend told how she cradled his head as he lay dying.

The 15-year-old girl, who wanted to be known only as Cookie, said she and Kodjo were approached by a boy they did not recognize, who challenged Kodjo to a fight. “Suddenly there were eight or nine other lads there,” she said. “They had hammers and bats and knives. I tried to run away, someone grabbed me and pulled me back.

“For a few minutes I didn't know what was happening and then Kodjo was lying there bleeding. I put his head on my lap and just rocked him gently. I was saying: 'Please tell me you are not going to die, because I need you - I need you'.”

Police have launched a murder inquiry and arrested nine males - four 13-year-olds, one 14-year-old, two 15-year-olds, one 16-year-old and a 21-year-old - over the stabbing in Hammersmith Grove, a tree-lined street of Victorian houses, many costing in excess of £1 million.

Detectives are trying to establish how Kodjo - who was also black and of DRC (Congolese) background - became a victim of violence and whether he had encountered a local street gang.

Described by friends as peaceable and funny, Kodjo was a student at the nearby St Charles Catholic college. It became clear last night from his page on the Bebo young people's networking website - on which he used the name “Kizzle Sweet-thug” - that he was associated with a group of youths known as RFL, believed to stand for “Ride for Life”.

One tribute on the page referred to “RFL - Fallen Soulja. The phrase “Fallen Soldier” was left as a tribute to Billy Cox, a 15-year-old shot and killed last month.

One girl who knew Kodjo said: “There was no way he was a gangster but he had to protect himself like everyone else. He was caught on his own, that was the problem. No one is safe on his own.”

Witnesses described seeing a gang of boys and several girls chanting “kill him” and throwing sticks at Kodjo, before he was attacked and left to die in Hammersmith Grove, west London.

“At first it was not very loud and then I heard it again, 'What are you doing?', and she was crying. I opened the window and then I saw this young black man lying on his back in a pool of blood.”

One resident recalled “a crowd of about 10 kids chasing one boy along the road in and out of the cars.
“It was almost like a lynch mob. They were all ganging up on that one poor lad.”

Scotland Yard said officers found the boy suffering from a stab wound after they were called to a “disturbance” at Hammersmith Grove at 5.30pm on Wednesday. He was taken to Charing Cross Hospital in a critical condition but died 45 minutes later.

Locals described Hammersmith Grove as “nice and quiet” with fashionable shops and gastropubs nearby. Kodjo is believed to have lived with his family in the area north of where he died, around Ladbroke Grove.
Credit: The Telegraph, U.K.

54 Nigerians Await Repatriation After Sneaking Into Ghana
35 minutes ago

Coronavirus: Some School Staffs Including 55 Students, Test ...
35 minutes ago