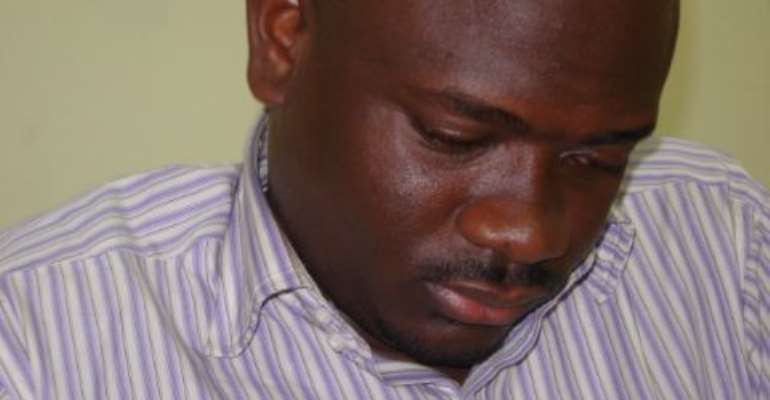 I know I speak for a lot of people especially users of the Tema motorway when I ask the operators of the toll booths especially the one on the Tema bound end and the Ashaiman interchange why on earth, more outlets were constructed.

A number of booths have been constructed to allow for more cars to be served, but for whatever reason, the operators decide at their own will to block some of the booth including high traffic times, forcing the increasing number of vehicles to queue to get tickets from 3 booths.

At the Ashaiman interchange where there are two outlets, only one is open forcing all of us to queue. It is only when they probably have mercy on us that they open all the outlets.

Sometimes, we behave in this country as though we are all a nation of non-thinkers. The other day when an obviously angry lady whose actions I fully supported got down to enquire from one of the guys why they've not open the other outlets, a male driver behind him shouted in Twi whether she was the only one in a hurry.

What followed was a few exchange of words between us (the guy & I), because I thought his action was what is becoming the norm in this country. People clearly see what is going wrong but prefer to keep quite because to them it does not matter and that nothing will change anyway.

But things can change, I tell you. That change will come when we all begin to demand that the right things are done and contribute our quota to getting it done well and right.

Last week I chose to dedicate my column to the celebration of International Women's Day which appeared overshadowed by the anniversary celebration. Some people took exception and called asking why I had to do that.

Off course, it is not everything you do that will please everybody, but respectfully I wish to submit that the issue of empowerment (and I am talking about positive empowerment, not the type that has made a colleague of mine slave to his wife), affirmative action etc must be supported by all.

But, our women must also know that taking some hard-line positions will not help our collective course in ensuring greater empowerment of our women.

In as much as I was disgusted at the pronouncement of some men who were asked whether they will cook for their wives or do other chores considered feminine, I do not think the suggestion by the learned sociologist that society begins to consider a role change because of the changing sociological environment as necessary.

As was evident from the voices played on JoyFM and the responses of other men I spoke to at Sogakope (where I was when the news broke), such pronouncements from women tends to toughen the position of men who will not want to have anything doing with assisting women in the home, giving women more opportunities etc.

And for the man who said he will not cook or do anything at home because he'll be called a 'Kojo Besia' by friends and the other who insisted that if he has to be the one heating the stew them the woman should take her food, I say think positive.

I love to cook, and whether my fiancée is around or not, taking charge of the kitchen takes nothing away from me, neither does it loosen my position and authority in the relationship as the man. I am no Kotobonku because I cook and I know I'll help bath my baby and change her pampers one day. Makes me remember the song that went like “barima poto ma me ta, nkyin nnim, meko nnim…”

Truth is, what some of the men say about the working women is also true. That, even though they are all working and earning salaries, nothing really changes because even the petrol for her car is paid for by the hubby, and all other bills footed.

For these men, the talk about a change which sees women working like men makes little sense to them.

In any case, what stops the women whose boyfriends and husbands have such orientation to help them change by appreciating what they do? Don't let them pay for the dinner everyday, or be at the receiving end of phone credits and parcels all the time. You too, get him a suit, or take his car to the washing bay or wake up and wash it for him before church on Sunday.

So, while I'll encourage my fellowmen not to be scared to help at home, the women should also appreciate what their husbands and brothers do at home.

EDITOR'S BLOG
a weekly column in the dailyEXPRESS newspaper