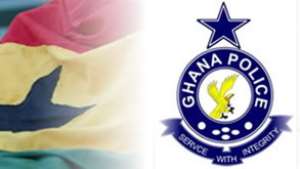 A team of six policemen from Nkwanta in the Volta Region led by Deputy Superintendent of Police Sekyere Bruku escaped death when some Konkombas attacked them at Majimaji near Kpassa on Thursday.

Mr Bruku told the Ghana News Agency that the police team had gone to investigate a complaint by a Fulani man that some Kokombas had killed 30 of his cattle.

He said when the team arrived at the village at about 1830 hours the village was deserted except for some children who were playing.

While enquiring from the children about the whereabouts of their parents, a 50 year-old man emerged holding a small axe demanding to know who they were.

Upon identifying themselves as policemen, Mr Bruku said the man began to attack them verbally in Twi and followed it up by hitting him on the forearm with the implement.

The man made a peculiar sound and 200 men wielding short guns, axes, bows and arrows, clubs and cutlasses emerged from the surrounding bushes and began attacking them.

He ordered his men to retreat as the attackers were almost surrounding them.

He said while retreating the elderly man threw his axe at him resulting in a cut on his head rendering him dizzy and two shots were also fired at him but they missed their targets.

Mr Bruku said the attackers seized two rifles from the Police who in turn seized a short-gun from them.

Mr Bruku, who complained of severe bodily pains, has been receiving treatment at the Saint Joseph Hospital at Nkwanta where his head wound was stitched.