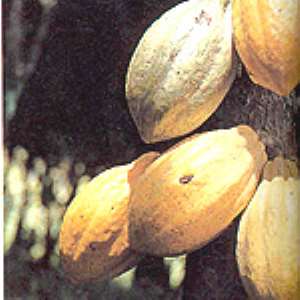 He has therefore tasked all cocoa farmers to work hard to enable them qualify for the award, which he said went with “attractive prize.”

Mr Ankomah-Sey, was addressing an educational forum for cocoa farmers and others stakeholders in the cocoa industry, in the district, to enhance awareness about the essence of maintaining the quality of the crop at Nyankumase-Ahenkro in the Assin-south district.

He echoed calls on farmers to refrain from using child labour on their farms to the neglect of the children's education, and advised that such children could rather accompany them to the farms during weekends.

He also repeated calls on them to endeavour to sell their produce only to the Produce Buying Company (PBC) to enable the company achieve its purchasing targets and also for the farmers to qualify for available incentives.

Mr Peter Tandoh, Deputy Central Regional Manager of the division, also stressed the need for cocoa farmers to help maintain the quality of Ghana's cocoa to sustain the high premium placed on it on the international market.

He said it is only through this that the government would continue to earn more foreign exchange to accelerate the socio-economic development of the country to improve the living standards of the citizenry.

Mr Tandoh, further pointed out that the bonuses paid to them as well as the scholarships awarded to their children by the government, in addition to other incentives they enjoy, were as a result of the money accrued from the sale of Ghana's quality cocoa.

He exhorted them to adhere to the traditional methods of fermentation, to maintain the quality of the cocoa beans.

Mr Owusu Boadi, a representative of the Cocoa Swollen-Shoot Virus Disease Control Unit, advised them to endeavour to promptly report to his outfit anytime they detect the diseases on the farms.

In an address read for her, the District Chief Executive, Ms Millicent Alice Korankye, underscored the importance of cocoa and urged the farmers to attach importance to the industry. She advised the farmers to register with the National Health Insurance Scheme (NHIS) to enable them enjoy quality and affordable health care delivery.

Nana Appiah Nuamah, Gyasehene of Assin Atandanso traditional area, who presided, appealed to the government to ensure that only the children of genuine cocoa farmers were awarded scholarships to boost their morale.