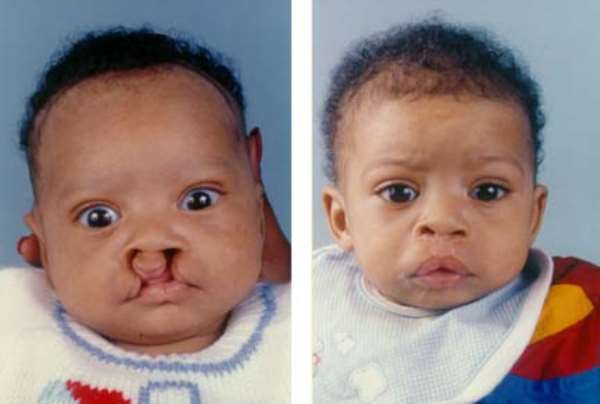 It is widely known that taking folic acid in early pregnancy reduces the risk of neural tube defects, such as spina bifida. The current recommended daily dose is 400µg starting before conception.

All mothers were surveyed about their reproductive history, smoking, alcohol, drugs, and other exposures during early pregnancy. They were also asked to recall their diet during the first three months of pregnancy, whether they took folic acid supplements and, if so, when and how often they took them.

Women were asked similar questions about multivitamins, and the researchers then estimated each woman's total folic acid intake.

After adjusting for smoking and other confounding factors, they found that folic acid supplementation of 400µg or more a day reduced the risk of cleft lip with or without cleft palate by 40%.

Independent of supplements, diets rich in fruits, vegetables, and other high folate containing foods reduced the risk by 25%. The lowest risk of cleft lip was among women with folate rich diets who also took folic acid supplements and multivitamins. Folic acid provided no protection against cleft palate alone, according to the results.

The authors acknowledge that their study alone cannot show that folic acid definitely prevents cleft lip. Combined with alll the previous evidence, however, their work does suggest a real preventive effect.

If folic acid is able to prevent a major birth defect in addition to neural tube defects, this benefit should be included among the risks and benefits of fortifying foods with folic acid, a matter of ongoing controversy in many countries, they conclude.