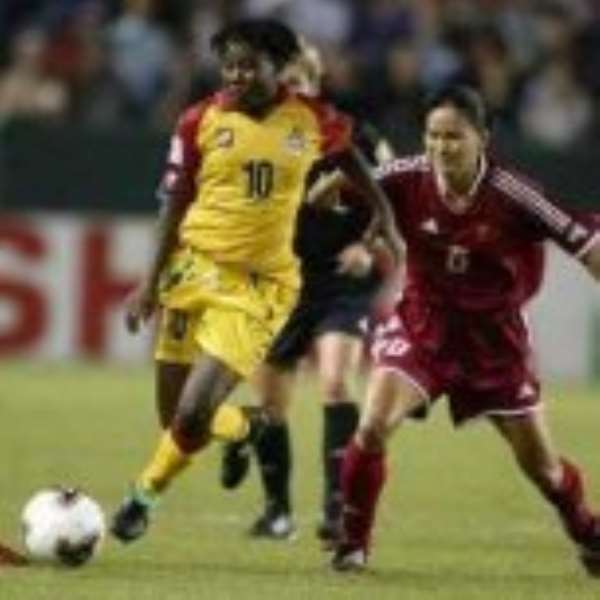 Senior women's team captain, Adjoa Bayor has been selected for the FIFA Women's World Stars team that would be lining up against China women's national team in April.

Bayor and her colleagues wouldbe in action against the Chinese to open the festivities surrounding the final draw for the FIFA Women's World Cup 2007 in Wuhan (China) on 22 April.

The match which would be played at the Wuhan Sport Center Stadium comes off on the eve of the draw for the World Cup.

The FIFA Women's World Stars is dominated by players from teams that have already qualified for the final competition.

The team would be handled by current England coach Hope Powell with the former coach of the reigning world champions Germany, Tina Theune-Meyer assisting.

The final draw, which will determine the groups for the first stage of the FIFA Women's World Cup China 2007, will be held a day after the match.