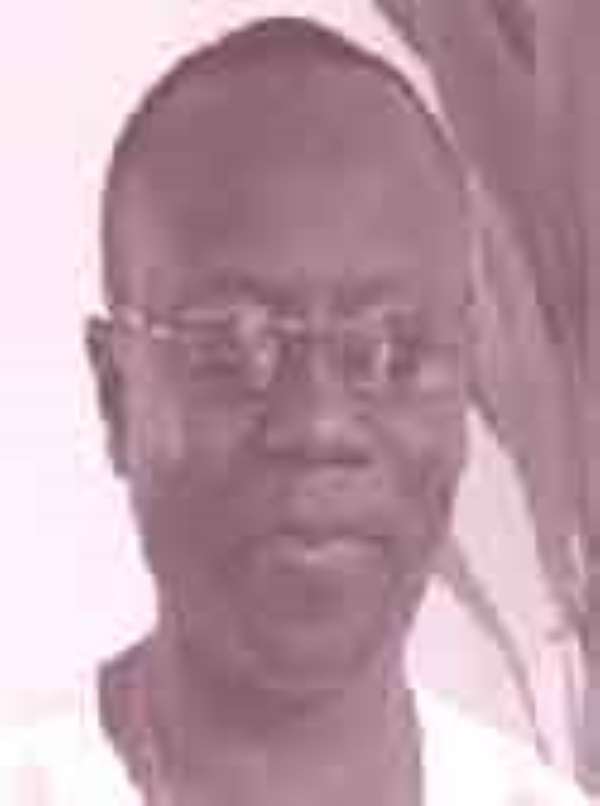 DATABANK'S FINANCIAL review of 2006 has stated that if the middle-income status is to be attained by 2015, the strategies to adopt in 2007 are expected to be in line with the objectives of the Growth and Poverty Reduction Strategy (GPRS II).

The Data economic review stated that for 2007 in particular, the following have been outlined as the macroeconomic targets to be met: real GDP growth of at least 6.5 per cent, end-period inflation of between 7 and 9 per cent, an average inflation rate of 8.8 per cent, reserves of at least three months of import cover, a domestic primary deficit of 0.6 per cent of GDP and An overall budget deficit of 3.2 per cent of GDP.

March 6, 2007 will mark 50 years since Ghana gained independence from the British.

As part of the Golden Jubilee celebrations (which are to last throughout the year), expectations are that the economy could grow in excess of 6 per cent in 2007. The growth would be driven by increased infrastructure development, as well as a surge in revenue generated both by the country's occupants as well as through receipts from tourism and remittances.

A boost in construction works is also expected in the run-up to CAN 2008 and the Presidential and Parliamentary general elections set to take place in 2008.

The Services Sector is tipped to lead the nation's growth drive, with the transport and communications, as well as the finance sub-sectors, expected to record double-digit growth in terms of their contribution to GDP.

Funds saved as a result of the cancellation of the nation's external debt (under the Multilateral Debt Relief Initiative), as well as funds sourced from the Heavily Indebted Poor Countries (HIPC) Initiative and the Millennium Challenge Account (MCA), are expected to combine favourably with the use of funds sourced locally through the country's nascent bond market. This should all yield further investments in infrastructure and agriculture.

In particular, the Government's intention to issue a $25 million (est.) Ghana Jubilee Bond in 2007, (targeted at Ghanaian resident both locally and abroad), would give the expansion drive within the year a needed boost. Should it be successful, the bond issue could potentially lead to the economy's gradual weaning of itself from international donor support.

The report stressed that the monetary policy was expected to remain focused primarily on keeping inflationary pressures at bay, and also at restricting the excessive growth of the monetary aggregates.

The re­denomination of the local currency is expected to make transactions more efficient and in many ways redefine the role that the new Ghanaian cedi functions as legal tender.

The base rates of commercial banks are expected to average a decline within the band of 0.6 per cent and 1.2 per cent, following the reduction by 2 per cent of the Prime Rate by the MPC late in the year.

If no significant adverse events occur within the Ghanaian economy, it is anticipated that the Prime Rate would remain stable for the first half of the year.

Any possible revisions anticipated to be within the range of 1 per cent and 1.5 per cent.

The report stressed that key to favourable movements in the macroeconomic indicators (in particular, is the stability of the local currency, as well as the general price level) recorded in 2007 are the price movements of the nation's key export earners (i.e. gold and cocoa), as well as the price of crude oil on the world market.

Together with expected revenue inflows from tourism and remittances, the stability of the cedi against the dollar is anticipated to be maintained in 2007.

Underscoring the resilience in the cedi against the greenback as a store of value is the risk of countries such as China and Russia converting their reserve holdings from the dollar to gold bullion.

Depreciation of the cedi against the greenback is forecasted within the band of 1.5 per cent and 2.1 per cent by year-end.

Inflationary pressures are expected to remain subdued over the course of the year, with the volatility of crude oil prices on the world market being the primary threat towards not attaining single-digit inflation by year-end. The decision to allow OMCs to set their prices below the maximum indicative prices set by the NP A (implemented in 2006), have eased the impact with which the CPI is affected by petroleum price changes as a competitive dimension (between the OMCs) has been included in the equation. Pricing forecasts for the year remain optimistic, with headline inflation expected to hover within the band of 8 per cent and 11 per cent over the year.