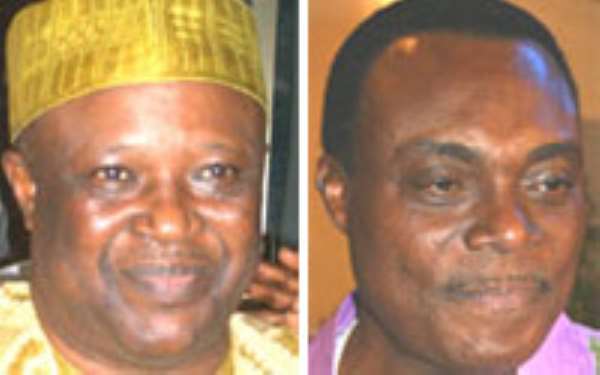 IN THEIR quest to avert the terrible situation confronting the human resource base in the Northern Regional capital, the Concerned Citizens Association of Tamale (CCAT) has given the NPP government a two month ultimatum (up to March ending) to expedite action on the rehabilitation project at the Tamale Teaching Hospital or be prepared for a massive protest.


According to CCAT, they could no longer condone the irresponsible and empty promises by the past and the present governments on the rebuilding or rehabilitation of the hospital.

The Tamale Teaching Hospital, which has now become a death trap, has not witnessed any major rehabilitation since its establishment over 33 years ago.

At a press conference in Tamale to register their discontentment and disappointment at the unnecessary delay and neglect by the government in saving the hospital from its current situation, the Concerned Citizens through their President, Mr. Alhassan Basharu Daballi said the behaviour of the government strongly amounted to discrimination and marginalisation against the good people of the North.

The CCAT, a non-partisan group of patriotic citizens of Tamale is bent on fighting for the common interest of the people. Several attempts through petitions to the NPP government through the Northern Regional Minister, Alhaji Mustapha Ali Idris has proved unsuccessful with particular reference to their last petition dated September 4, 2006.

The President of the CCAT said information reaching the association indicated that the Netherlands government has agreed to give a grant of one-third of the 45 million Euros estimated to be the total cost of rehabilitation of the hospital, the remaining part as loan and the rest as the Ghana government counterpart funding.

Accordingly, consultancy work on the rehabilitation project of the hospital has been completed and two Dutch companies, Messrs Interbeton Company and Messrs Simead Company were supposed to have taken charge of the civil works and supply of equipment respectively.

Mr. Dabali however regretted why the Ghana government had not been able to release her financial commitment, thereby causing unnecessary delay in the rehabilitation of the hospital.

He accentuated that the deplorable state of the hospital had compelled the health authorities to relocate the third and fourth floors to a building where patients literally compete with animals for space.

Though the hospital serves as the only referral centre for the whole Northern sector of Ghana, it was short of several basic equipments including standby generator and the requisite health personnel.

He cited a recent instance where one Doctor allegedly performed an emergency surgery on a patient with a mobile phone light, when lights at the hospital suddenly went off.

The nature of the Tamale Teaching Hospital needs complete rebuilding but not rehabilitation, as it has been the case in Sunyani, Ho and Cape Coast.

Apart from inadequate health personnel and the poor infrastructure, the hospital has no running water and the general sanitation at the hospital is an eyesore, as both humans and animals defecate indiscriminately around the hospital as a result of lack of toilet facilities.

The Concerned Citizens however advised the government to declare the hospital as a disaster zone before it collapses to claim valuable lives.