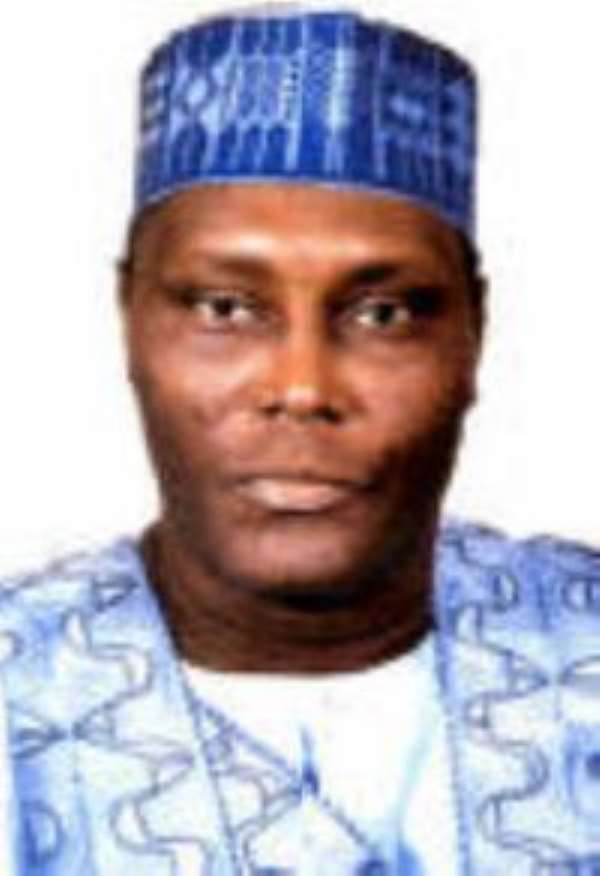 Vice President and presidential candidate of the Action Congress, Alhaji Atiku Abubakar, Monday joined candidates of other parties to tender their credentials and defend petitions made against them.

Chairman of the Independent National Electoral Commission, Maurice Iwu, alerted of attempts to paint the Commission in bad light, claiming it did not receive any court injunction purportedly halting the verification exercise.

The Peoples Democratic Party however filed a petition against Atiku's candidature to INEC, citing a Federal Government gazette, and reports of the Federal Government Administrative Panel of Inquiry, and the Economic and Financial and Crimes Commission which allegedly indicted him of abuse of office and corruption in the Petroleum Technology Development Fund saga.

The vice president, however, presented a ready response to INEC through a letter written by his counsel, Rickey Tarfa (SAN).

A letter signed by the PDP National Chairman and Secretary, Senator Ahmadu Ali and Chief Ojo Maduekwe, respectively, simply placed before INEC the administrative panel and EFCC reports and the Federal Government gazette, and noted that “these reports are necessary in the light of Section 137, Sub-section 1 of the Nigerian Constitution.”

The letter dated January 18 and addressed to Iwu with the title, 'Re: Atiku Abubakar" also reminded INEC of a previous letter from PDP “concerning the non-membership of PDP by the volition of the vice president.”

Section 137 Sub-section 1 states: “A person shall not be qualified for elections to the office of the president if: he has been indicted for embezzlement or fraud by a judicial commission of inquiry or an administrative panel of inquiry or a tribunal set up under the Tribunals of Inquiry Act, a Tribunal of inquiry law or any other law by the federal or state Government which indictment has been accepted by the federal or state government, respectively.”

But apart from drawing INEC's attention to the Lagos High Court ruling, the vice president further asked the Commission to note the fact that a suit on his alleged indictment was pending before an Abuja Federal High Court.

He said the suit “is enough to preclude your commission or any other body from looking at the documents/reports until the suit is determined in court as provided by Section 137 of the Constitution of the Federal Republic of Nigeria, 1999.”

While emphasising Section 137(1) of the constitution, Atiku said the fact of the pending appeal “is enough for your commission to return the documents to PDP as the said section would not apply as long as the suit is pending in Court.”

Atiku also noted in the letter dated January 23, 2007, that the provisions of the Electoral Act 2006 “are very clear and unambiguous that it is only the court of law who can disqualify candidates seeking elective offices.”

In a press conference to mark the end of the verification exercise, Iwu said he heard rumours of a court order based on which INEC delayed the commencement of Monday's exercise a little but that no such order was eventually served on the Commission.

“There are attempts to paint INEC in bad colours,” he said. “We have never disobeyed court orders.” Iwu said the exercise went on smoothly although two presidential candidates - those of African Political System and Alliance Congress Party did not show up and no reason was given for their absence.

According to him, their absence would be interpreted to mean withdrawal. He said findings of the exercise would be known by February 5, 2007 by which time parties could begin to substitute nominees. He had stated earlier during his remarks that an under-age individual had appeared before INEC as presidential running mate of a party he did not name.

In his own remarks, Buhari described the exercise as transparent and open, saying the process was good for democracy, and that his papers were authentic and there was no petition against him.