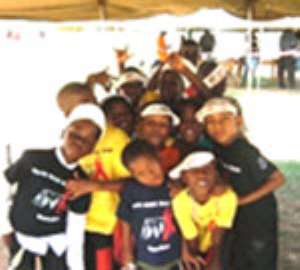 Every person who has spent time traveling in the developing world has a transportation story. It is usually a tragic or comedic yarn about a journey from some global point A to point B that they'd never willingly repeat.

Often, the story goes something like, “I squeezed into the 100-year-old bus with 212 other Indians for the 25-hour drive from Mumbai. I sat between two smelly men, carrying cages full of chickens who asked me to hold three goats on my lap. Halfway through the trip one of the goats puked on me and I couldn't do anything until we reached Bangalore.”

Until last weekend, my worst transportation story involved careening along narrow Atlas mountain roads, high in southern Morocco, counting the shattered wrecks below — cars, in their hundreds that hadn't made it. I remember shutting my eyes and praying to Allah for seven long hours as our minibus driver raced at Daytona speeds along the dangerously high, uneven mountain passes.

I have a new story now. I think it is better. At least it is crisper in the unkempt vegetable drawer that is my memory.

Windhoek, Namibia. Thursday morning. I am waiting for a ride to Opuwo, a northern outpost in a country of dusty outposts, and this year's host to Namibia's World AIDS Day event.

I left my house at 9:15 a.m. I was fresh, fragrant and ready for a day of driving on the ever-scenic Namibian highways. I remember thinking about what an adventure the ride would be. And boy was I right.

It was a last minute ride — many people were going to Opuwo for World AIDS Day and most were scrambling. There are no regular routes to Opuwo. No buses, no bakkies, no taxis. More than one third of the route is uneven gravel road. I considered myself lucky to have found a ride late the night before, especially after losing four other hikes.

Three hours, two car switches, six pick-ups, three drops-offs and five random stops later, we were finally (although I wasn't sure of it at the time, after so many diversions) on the road.

One of our many pick-ups had been an engine. I don't know exactly what beast of a vehicle this engine would eventually enliven, but certainly nothing I'd ever drive. A crane, maybe, or a Boeing 747. Possibly even a submarine. Either way, it took eight puffing, panting men to lift the thing into the back of the sealed-cab truck that I'd been shifted into after the second vehicle switch. It was no 'little engine that could'. This engine could, did and conquered.

It would also be my traveling companion for the 11 long hours I spent in the back of this sealed, airless truck, with only two small slits for windows on a day when the searing heat of the sun sweat rays of 45 degree heat upon our enclosed cab. I was joined in the back by four others: a mother, her two children — a boy and a girl — and an overweight, middle-aged man who had some connection to the engine.

When the truck finally stopped at Opuwo's petrol station, I desperately climbed over the engine for the last time, snagged and ripped my shirt, got one final, brown oil stain on my jeans and bid farewell to my fellow travelers.

I was in Kaokoland. Land of the Himba and Herero people as well as one of the most remote and inaccessible areas in all of Africa. I had come to visit my friend Vicky, who works on HIV/AIDS issues, but I'd also come because of an innate curiosity — a love of all things unconventional.

Of course, this is a euphemism for strange, bizarre and not-of-my-world. And that is what the Himba — who inhabit this arenaceous anteroom in north-western Namibia — are. I had come to see these odd, red-tinted, naked people who are one of the only remaining traditional, semi-nomadic peoples in the world today.

Opuwo is the gateway to Kaokoland, the last outpost on the road, the last real road. It is estimated that between 12,000 to 16,000 Himba still live in this vast, wild and inhospitable area. The nasty, disagreeable land — unattractive to early colonialists and farmers — is likely what had protected the Himba, allowing them to maintain their traditional way of life undisturbed.

Sadly, this unique way of life is now endangered. Trading, tourism, HIV/AIDS and a proposed dam and hydro-electric power plant all threaten to wipe out the Himba, their way of life and their ancestral land. It is a familiar refrain in this harsh, capitalistic, modern world, even grimmer when you are able to see the simple, innocent and peaceful existence of these stately pastoral peoples up close.

Red in colour from a body plaster of butter, ash and ochre — said to protect them from the sun and preserve their skin — the Himba are a breathtaking site at first glimpse. Conch shells, animal pelts and other ornaments dangle from their half-naked bodies. Babies often hang from the women.

From their remote villages, they come to Opuwo to trade, buy supplies and meet relatives and friends who have renounced their traditional way of life and settled permanently in the towns around Opuwo. It is a truly African anomaly to see a Himba woman, breasts flopping, baby dangling, shopping for produce in Opuwo's only grocery store.

As well as supplies, they trade in more perilous goods in Opuwo. This is where they acquire both HIV/AIDS and alcohol — two of the most insidious threats to their existence. Sadly, it is in communities like those of the Himba — who practice polygamy — where the dangerous, spider-web-like networks of HIV/AIDS flourish. The stigma surrounding the epidemic and outright rejection of the disease are also responsible for its rampant spread in the region.

My friend Vicky loves working in Opuwo, but says she'll never come back once she leaves. She is scared to see what will become of the town and its residents whom she's grown to care about. Working in HIV/AIDS is a challenge in a place like Opuwo, and for her, small victories are the only victories. She said the Himba don't protect themselves from HIV. Others don't believe in it. Some don't know about it. Most think condoms — distributed by westerners — are laced with the disease; a means of exterminating them.

The Himba — and their Herero relatives in Opuwo — still trade in livestock. This is what rules their life as a status symbol and sign of wealth. It is also what feeds them. The Opuwo magistrate told me that most court cases involve livestock theft or fights over cattle. Even in Windhoek, a recent major news story involved corruption on the part of a cabinet minister who was eventually fined five cattle by the high court judge. Opuwo is a town where pigs, goats, chickens, cows and scorpions wander the streets. Elephants also roam Kaokoland and my driver had seen one on his way into Opuwo. I only spotted a giraffe and some zebra.

I guess my point is that the rules as we know them don't apply in Opuwo and other remote areas of Namibia and southern Africa. There is very little use peddling condoms, pamphlets and information packages to people who, if it is found out they have HIV, will become the black sheep of their community, often banished from their family and village.

Nevertheless, World AIDS Day 2006 was brought to Opuwo this year. And it was no easy feat to truck the HIV/AIDS roadshow — including government, NGOs and civil society — all based hours away in Windhoek. But I was impressed by the turnout, the energy and the presence of hundreds of Himba and Herero — probably there for the party, t-shirts and free food, but there either way.

The Herero, from whom the Himba are descended, are also numerous in the towns and outposts of Kaokoland. Like the Himba, the Herero existed outside the formal Namibian labour market until recent years, instead relying on their livestock. Unlike the Himba, the Herero women, like the Victorian Germans who colonised them, continue, to this day, to dress head-to-toe in long, busy, stifling dresses with an anvil-like headpiece.

Both groups were well represented at World AIDS Day. In fact, the entire town was abuzz with the excitement of hosting Namibia's main event. It was the first time in years — if not ever — that there had been so many people in Opuwo. In fact, the wry and running joke amongst the people I spent the day with was that, because of the party atmosphere and influx of people, HIV rates would probably increase over the weekend.

Regardless, there was something impressive and stimulating about the event.

When I compared it to the pedantic, ominous and paternal HIV/AIDS events I've recently been a party to, Opuwo was pulsating, exciting and substantial — maybe because it involved the people affected by the story.

We spent the first five hours — no word of a lie — squeezed together under any tents, tarps or shade we could find, listening to political speeches. The real fun began after when we were treated to several hours of dancing from various youth and tribal groups from the region. I never thought I'd utter these words, but some of the children were so unbelievably adorable that, for the first time, I had paternal feelings.

The most powerful moment in the day was listening to a group of 10 or more women, including one traditional Herero and one traditional Himba, speaking about their positive status. A demonstration like this is almost unheard of in much of southern Africa, especially traditional regions like Kaokoland. This was a big deal. Vicky told me the story of a girl who, two years ago, had been coaxed by a local NGO into just this type of tell-all at a World AIDS Day event. She had been banished from her village, stripped of her children and worldly possessions and sent to live on her own. Stigma is rife in the region and for this reason, the virus continues to spread.

Another acquaintance of Vicky's won't get tested — even though she knows she is sick — because she's aware it would be the end of her life as she knows it. She would rather get sick and die then tell her friends, family and the community that she is positive.

Later I met the brave traditional Herero woman, Rosie, who had stood in front of thousands of people earlier in the day and admitted her status. We praised her for the step she'd taken and drove her back to her village, 45 minutes outside Opuwo. Vicky told me what a rare occurrence it was for such a woman to actually be aware of her status, never mind determined to speak to others about it. Rosie was gracious enough to show us around her primitive village and introduce us to her family and neighbours.

I found myself wondering how many other people in this village, and in others around it, might be infected with HIV. I wondered how many, like Rosie, are aware of it.

I stared into the naïve and striking eyes of Rosie's children and pondered what might become of them, of their way of life, of their parents. Like Vicky, I worried that nothing will be done until it is too late, until their world is gone.

Until they are gone. I knew then why Vicky didn't want to come back.
As I prepared for the long drive home and another potential nightmare transportation story, I realised it was about more than that. This was not just another one of my peregrination tales, it was a realisation that no matter how horrible my journey to Opuwo might have been, I should consider myself lucky for having made it — a better, wiser and more enriched person. It was a journey that won't be possible for long. A trip into the actuality that is this region — A literal look at how HIV is truly wiping Africans off the map.