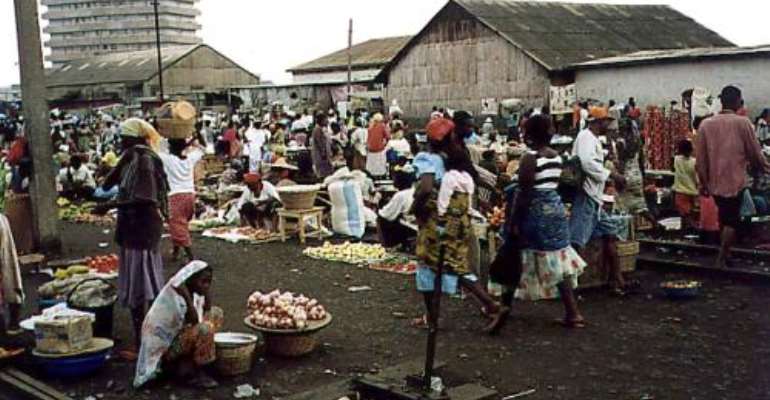 Petty traders, who have been stopped from doing business in the pavements and walkways by the Accra Metropolitan Authority (AMA) in the central business district of Accra, have vowed to vote the ruling New Patriotic Party (NPP) out of power in 2008.

According to the hawkers, the exercise undertaken under the supervision of AMA Chief Executive, Stanley Adjiri-Blankson, has deprived them of the jobs that enabled them to get their daily bread.

They also argued that the move is a major blow to the progress of their economic livelihood.

'The NPP government promised in 2000 that there were going to be jobs when they come to power, but what are we seeing now? No jobs. Where are the magic jobs they promised to create? So if we are wise enough to engage ourselves in these businesses to keep us going, why do we get sacked'? one of them questioned furiously.

Many of the hawkers contended that if there are no jobs in the country today and they have found a way to make a living, they don't understand the reason why they are being sacked from where they make a living.

'We will never vote for them in 2008, in fact we will never worry ourselves to even queue in the hot sun to vote for NPP', they declared bitterly.

'After 50 years of Ghana's independence, Ghanaians have no money in their pockets to boast of, no jobs to do and we traders are being asked to vacate the streets', more of them pointed out.