The CPP leadership must resign immediately or call an early congress. 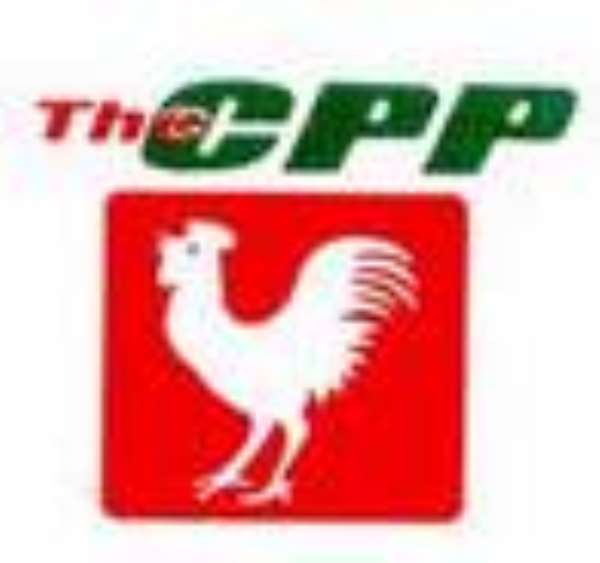 We the undersigned do hereby call for Dr Edmund Delle and his leadership team to resign from office to make way for a new leadership that can lead the CPP into the future. Having failed to heed the call by the party's council of elders and various constituencies to resign or it has become necessary for us to ask the leadership again, politely, to step aside to allow a new breed of leadership to take over. We acknowledge that they have done their best but since the Party has not made any headway during their term of office, it's only prudent for us to call on them to step aside. In our opinion, their continuous stay in office will not make any difference to this once dynamic CPP. Delle's team have lost the support of the vast majority of membership. Under Delle's leadership, quite a large number of CPP members have now joined other parties. They thought that the CPP “ain't” going any where. Let us be clear Delle, we are again calling for your resignation because:

1) You have failed to provide real leadership, which should reflect in a new vision and a new strategy - a key role of leadership. The majority of our members want to see a modern party, comfortable with its traditional values, but in tune with the aspirations of Ghanaians, in tune with the youth and provides a clear sense of direction for the future;

2) Under your leadership the party has made abysmal progress in recruiting new supporters, and consequently we have not been able to field candidates in bye elections! Fomena is a case study;

3) You have failed to open party offices throughout the country. In less than one year the patriots have opened more offices than your team and has brought more optimism and hope to the party's supporters than you have achieved during your term of office;

4) You have failed to conclude the unity talks which congress mandated you to do in February 2004;

5) You have failed to defend the party against allegations of incompetence eg When in June 2006 Professor Ernest Dumor, a former Commissioner of the Electoral Commission (EC), publicly said that the party and its leadership lacked any organizational ability, you failed to respond, perhaps because you agree?.

6) You have refused to involve key people in the party's activities / committees although several people have expressed an interest to do so;
.
7) You have failed to recruit and engage competent and respected CPP supporters from whom a shadow Cabinet could be drawn to offer alternative proposals to the ruling government's policies. You have sat unconcerned whilst Kwesi Pratt speaks about every subject regarding the Party. Under whose authority does Kwesi Pratt speak on behalf of the Party? You have allowed the party to be taken over by ideologists like Kwesi Pratt who have no interest in change, a situation which has polarized the party making it difficult for moderates to join in the birth of a new CPP.

8) You have failed to foster unity among our diverse party- instead you have fanned the flames of disunity by your actions and words. From Ho to Kumasi and in Tamale all you seem to talk about is disunity and indiscipline in our party. Are you a true ambassador of our party? What sort of leader accuses his followers of indiscipline when he is the one responsible for maintaining discipline?

To sum up, you have become what Ghanaians call Konongo Kaya. You cannot deliver the newCPP that everyone is calling for, yet you are not allowing others to help. We refuse to sit idly by for you to drag the party to its knees when we have competent people who can take it to the next level. The CPP urgently needs a leadership team with people who have excelled in their respective fields and have the energy, time and resources to transform it. We need people who will instill confidence in industry, confidence among the rank and file of the party and confidence among the party's admirers around the world.

Dr. Delle, Prof. Dowuona and Mr.Kwesi Pratt do not bring the kudos that the party needs to convince the electorate that we are a serious party with the skills to manage the affairs of the country, foster unity, and instill discipline in society. Dr. Delle and Co must resign to give way for a more credible team that can win supporters from both the left, right and centre of the political spectrum. From the North to the South, and from the East to the West.

The CPP has been bequeathed to all of us by our forefathers to project and enhance the dignity of Ghanaians, Africans and the black race by delivering political and economic emancipation to the masses through self reliance, not through the charity of others. The CPP is not the personal property of Dr. Delle, Prof. Dowuona, Mr. Kwesi Pratt and Aggudey. We ask them to resign now or be pushed out.