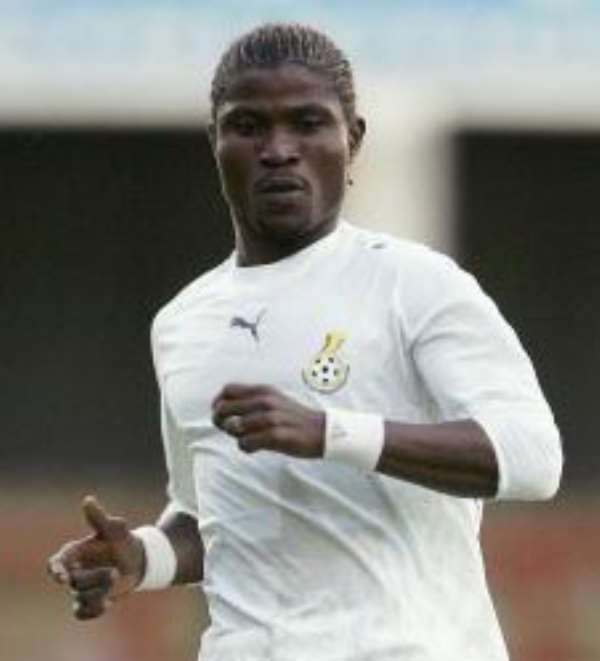 Scottish Premier league side, HEARTS, have completed the signing of Laryea Kingston from Russian outfit Terek Grozny, in a deal that will keep him at Tynecastle until 2010.

"I've signed for three and a half years, though I cannot disclose the details of the contract," confirmed the 26-year-old, who can operate in central or right midfield.

According to an inside source, Laryea will be on £15,000 per week which would make him the club's second highest earner.

Hearts are five points adrift of Rangers in the push for a Champions League berth.

"I like what I have seen here in Scotland, and I am very happy to have signed for Hearts," said Kingston.

"I want Hearts to win the Scottish League and I hope with support from my team-mates we can do it. I am also happy to join some of my mates in the UK and hope things move on well for me."

"I also had the chance to sign for Bolton before, but the player who they wanted me to replace, didn't leave in the end."

Kingston, who was also previously linked to Fulham and Newcastle United, spent last season on loan with Lokomotiv Moscow. He has enjoyed a colourful career that has also seen him play for clubs in Israel, Libya and Saudi Arabia. Back in Ghana, he once turned out for the Tynecastle side's African namesakes, Hearts of Oak.